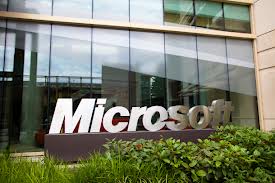 It appears that despite the financial crisis, Greek children have developed a close relation with the digital world.

Two students from Greece, Panos Oikonomou and George-Nikiforos Avgoustidis, took first place at the Microsoft-organized European Kodu Kup competition. According to fortunegreece.com, the Greek team won the first prize for creating the game “Behind the Red,” which is based on the exploration of Mars.

The school competition that was held for the first time in Europe, was addressed to young people aged 6-16, encouraging them to experience the magic of coding while designing games through an interactive, innovative and entertaining process.

The participants were asked to develop their own games working into groups and learning how to create imaginary worlds, models and simulations. The finalists were Greece, Belgium, Estonia, Finland, Lithuania, Norway, Portugal and the UK.

According to a survey conducted by the non-profit organization European Schoolnet, Greece is the European leader in the field of coding in schools.

The competition was held in Brussels, on October 12-15.