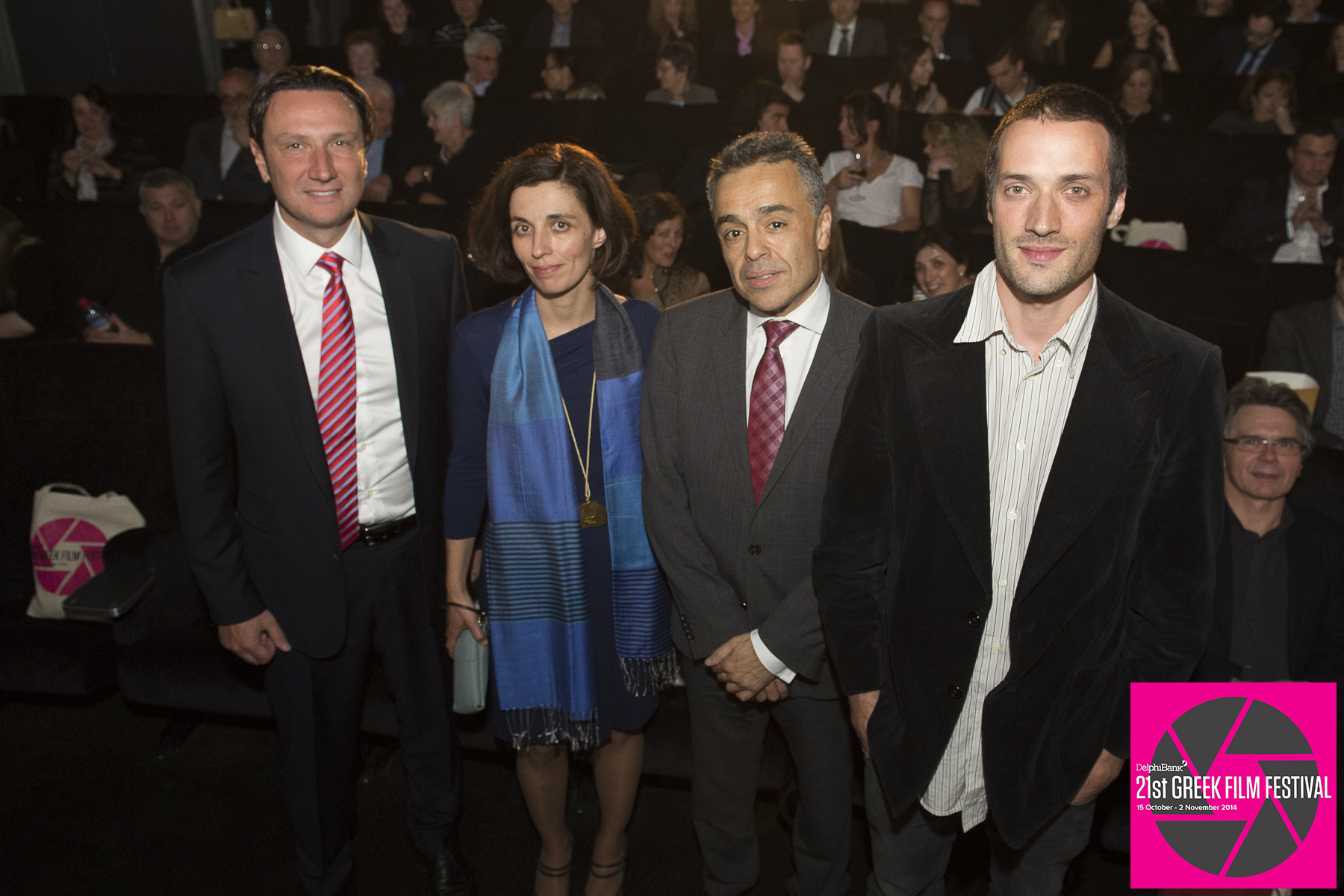 The 21st Delphi Bank Greek Film Festival kicked off in Melbourne last night to a sellout crowd of 800 attendees. Pantelis Voulgaris’ Little England was this year’s opener, taking audiences on a visual journey of the island of Andros, where two sisters become entangled in a love triangle that assumes life-shattering consequences.

In Melbourne to present Little England and launch the Festival was lead actor Andreas Konstantinou and producer Giannis Iakovidis (With Heart & Soul, Bank Bang, Nisos). “This film was made with an enormous amount of love on the island of Andros,” said Konstantinou. “We’re humbled to be here on the other side of the world presenting our film at this important cultural event. By supporting our films, you give Greek artists the strength and inspiration we need to continue to create beautiful work.”

Thrilled with the record crowd, Greek Community president Bill Papastergiadis noted that “the opening night of the Festival was a sellout. This highlights the importance of film and culture to Greek-Australians. The Greek Community of Melbourne is proud of its initiation of and involvement in this Festival for 21 years.”

Following the screening of Little England, guests enjoyed food and drinks in the Como, dancing past midnight to Gyftoi Lite, a local band. Taking guests by surprise, Greek-Cypriot singer Michalis Hatzigiannis and partner Zeta Makripoulia snuck into the party, staying to mingle and pose in photos with fans. Hatzigiannis is in Melbourne for a unique collaboration this Saturday at the Sidney Myer Music Bowl with the Melbourne Symphony Orchestra as part of the Melbourne Festival.

For the next two and a half weeks, Palace Cinema Como will become the home of Greek cinema, showcasing comedies, dramas, a special 10th Anniversary screening of Brides (Director Pantelis Voulgaris), documentaries and a standout shorts program. Select films include Committed – doing for Cyprus what Scorsese did for New York; a romantic comedy about modern-day relationships – Xenia – a cross-Greece romp meshing Donnie Darko and Almodovar-like surrealism – “Love in the Time of Crisis” and “The Other Human,” two documentaries looking at the human side of the Greek crisis, and Block 12, a delightful comedy set in Cyprus.

Hypatia: The Female Greek Philosopher Killed for Her Beliefs