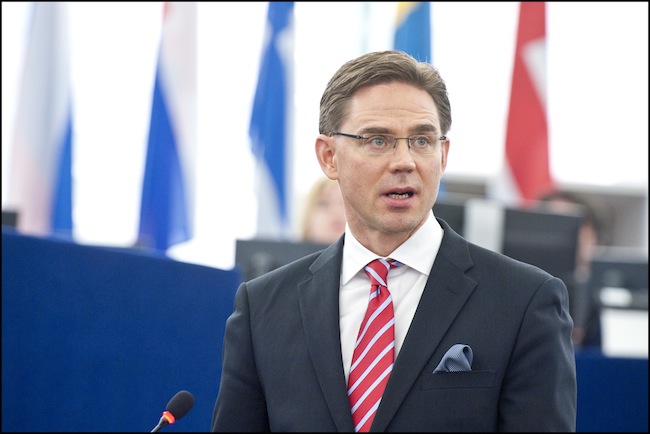 European Union’s willingness to continue support Greece in order to ensure reasonable financing conditions after the end of the current program, was expressed today by European Commissioner for Economic and Monetary Affairs Jyrki Katainen.

“Greece has made immense progress in creating a basis for a sustainable growth model, based on sound public finances, a more competitive economy and a robust, effectively supervised financial sector,” he wrote on his statement.

Indicating that EU is recognizing the efforts made by the Greek government in order to achieve economic stability and return to the markets, Katainen emphasized that “this unprecedented program of reforms and the necessary large fiscal adjustment have entailed very difficult choices. The Commission and the euro area as a whole have stood by Greece throughout this process. While there is a clear need to maintain the momentum of reform, there is strong evidence that the country has now turned a corner.”

“There should be no doubt that Europe will continue to assist Greece in whatever way necessary to ensure reasonable financing conditions for the Greek state and to smooth the path back to full and sustainable market access. To that end, we will cooperate very closely with the Greek authorities to complete the current review, which will require a comprehensive package of ambitious reforms to be agreed. We will work to ensure a smooth evolution of European support for the country after the end of the current program. We will support Greece in reassuring lenders and financial markets of the ongoing firm commitment to reform and maintain budgetary targets, including a strong and adequate fiscal buffer,” he added.

In the same context, the commissioner’s spokesman, Simon O’Connor, commented that the Commission had to clarify its position over the Greek issue because “there are concerns,” but he avoided making a prediction on what will follow the current program, limiting himself to declare that a new round of negotiations will take place at the end of autumn between Athens, the Commission, the IMF and the Eurozone member-states.

In conclusion, regarding the sustainability of the country’s debt, O’Connor said that this was a main condition for Greece to receive any financial aid and that the Commission estimates it will become sustainable in the medium-term.

Trachanas is a staple Greek recipe ready in minutes, filling, and full of vitamins. However, the process of making it actually takes months.
Ancient Greece

The plague appeared in Greece as a weapon of divine wrath. Agamemnon, offended the priest of Apollo and the God spread pestilence among the Greeks.
Greek News