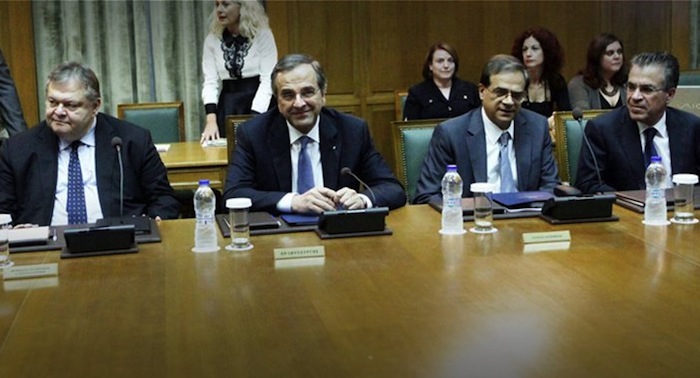 Greek Prime Minister Antonis Samaras has called for a cabinet meeting earlier today in order to discuss the coordination of government policies in various issues. At the same time, he sent the message that main opposition party SYRIZA is undermining the country and obstructing efforts for an exit from the crisis.

“For some time now, markets have noted that Greece is doing very well, while their only reservation is the political risk. In other words, the uncertainty about whether the country will continue on the road of reforms. The last few days, the stance of the main opposition has made this picture worse, directly undermining stability. And markets reacted at the expense of our country,” Samaras stated.

During the presentation of the “Minimum Guaranteed Income” program on Tuesday, Samaras underlined that the government is putting things forward, which was unthinkable until some time ago, and that reforms make the country more efficient and fairer. “Social justice promotes development and consolidates democracy in our country,” the Prime Minister said.

Continuing in the same context today, he asked the members of his cabinet to work towards a solution that will reverse the current negative climate in the markets, which has an immediate effect on the country’s economy. Samaras noted that the government will remain calm and “fully restore the climate of stability and confidence that Greece needs” in order to exit the crisis and claim back the markets’ trust, and expressed his confidence that the country will soon leave the memorandum era behind.