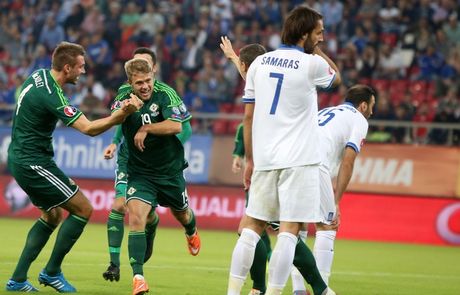 Northern Ireland top Group F of the Euro 2016 Qualifying Stages with a 2-0 victory against Greece in Athens for their third consecutive win. Jamie Ward (9′) and Kyle Lafferty (51′) were the scorers for the British team. 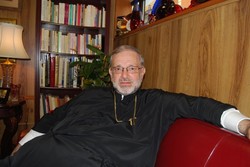 Inartistic, narcissistic, anarchistic Greece in its politics, now in its soccer as well. The same squad which was denied entrance to the quarterfinals of the World Cup 2014 for a missed penalty a little more than three months ago, has managed to lose from Romania and Northern Ireland at home and tie with Finland away for the Euro 2016 qualifiers.
Blame is allowed to be thrown to Claudio Ranieri as he is partially responsible for such catastrophic results, but the lack of creativity in the players’ game cannot be dismissed. The impression that was given out today was that this team has either never practiced together before or that everyone dislikes each others’ presence. Passing was horrendous, more ball give-aways than any other recent Greece match and mistakes were just piling up on the statistics’ board.
http://www.dailymotion.com/video/x27xjbq_greece-0-1-northern-ireland-goal-ward-24-10-2014-euro-qualification_sport
This was a fantastic win for Northern Ireland, who deservedly leave Karaiskakis Stadium with all three points after a brilliant performance against a poor Greek side. In antithesis to the home team, N.Ireland had a plan. They defended, soaked up the pressure, scored on their counter-attacks and maintained their lead. Simple as that.
http://www.dailymotion.com/video/x27xma9_greece-0-2-northern-ireland-goal-lafferty-24-10-2014-euro-qualification_sport#from=embediframe
Nothing is yet decided in the Euro 2016 qualifiers, as there are still seven games left, but it’s a pity to watch a team that has put so much effort in climbing up the FIFA rankings this past decade and is now considered one of the world’s top nationals, to waste precious points on silly defeats from weaker sides.
Meanwhile, for the same group, Romania grabbed an important 0-2 away win in Finland, while Hungary beat Faroe Islands 0-1 making Greece’s challenge to qualify even harder.