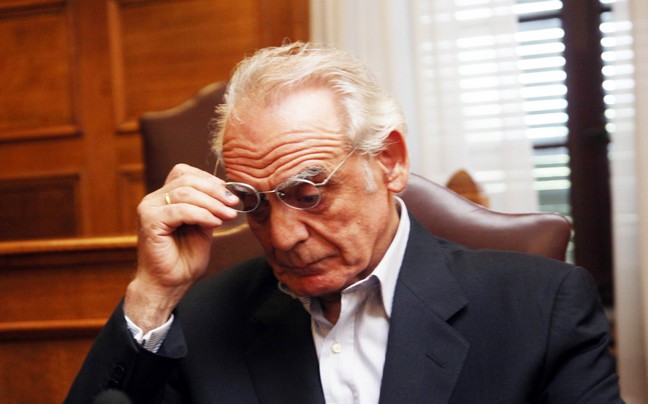 The trial of former Greek Defense Minister Akis Tsochatzopoulos that was due to begin on Friday, was postponed for October 23. The court ruled that the court room was not big enough to seat all 16 persons involved in the case.
The 75-year-old former Minister is currently being held in Korydallos prison in Athens for receiving 54 million euros in kickbacks from Greek military armament programs for over a decade. The court ruled that Tsochatzopoulos was receiving bribes since 1997 and had the funds transferred to him through several offshore companies.
In the first-degree procedure, the three-member Court of Appeals of Athens sentenced the former Minister to 20 years in prison. This is the maximum penalty Greece allows for this particular offense. Tsochatzopoulos was convicted for repeated money laundering. The court did not uncover any mitigating evidence.
The former Minister’s wife, Vicky Stamati, and daughter, Areti Tsochatzopoulos, also involved in the case, are serving 12-year sentences.