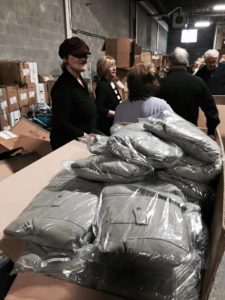 With the recent release of the crime-thriller “Two Faces of January,” the cast and crew are opening up about location shooting, which spanned from Greece to Turkey.

In a featurette released by Studio Canal, stars Kirsten Dunst, Viggo Mortensen and Oscar Isaac spoke of filming around the Acropolis in Athens and in Knossos, Crete.

“For an actor, it’s obviously very helpful when you’re shooting in Knossos or you’re in the Parthenon,” said Mortensen.

During her interview, Dunst said, “We went to Athens and it was incredible to shoot in the Acropolis.”

As Greece tries to attract more film and television productions to the country, “Two Faces of January” director Hossein Amini added that it was “the first time I think….since about 25 years ago that [Greece] let people shoot a movie there.”

Check out what the rest of the cast and crew had to say about their experience filming in Greece:

Based on a 1964 novel by Patricia Highsmith, the story begins at the Parthenon when wealthy American tourists Chester MacFarland (Mortensen) and his young wife Collete (Dunst) meet American expat Rydal (Isaac), a scammer working as a tour guide. Instead of becoming his latest marks, the two befriend him, but a murder at the couple’s hotel puts all three on the run, creating a bond between them as the trio’s allegiance is put to the test.

The film is available On Demand and through iTunes, and is currently in limited theatrical release across the U.S.