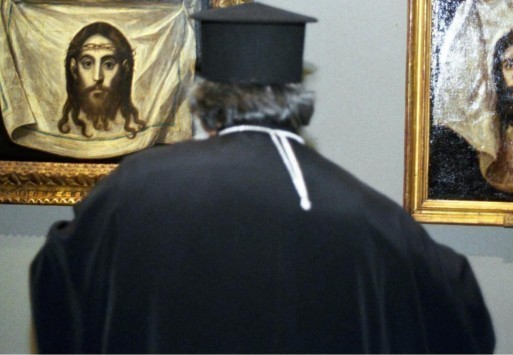 A priest was arrested along with a dozen other suspects on charges of involvement in a large weapons and drugs smuggling scheme that took place in Athens, Crete, and various regions of central Greece.
A major police investigation was launched following the arrest of a 37-year-old Cretan man in Athens who was found in possession of a purported 220 kilograms of hashish. The arrest led to further police investigations in the villages of Vorizia, Kapariana and Aghia Galini in the Heraklion region of Crete.
Heavily-armed police forces of the Drug Enforcement and Security Units have conducted searches in houses, warehouses, livestock buildings and sites associated with members of the gang, scouring even church basements.
Thus far, they have seized vast quantities of marijuana and at least 10 firearms. They have arrested several suspects – a priest and his wife among them. According to sources, the priest has been suspected of illegal activities in the past and resisted arrest.
According to police reports, 115,000 euros have been seized, most of it derived from drug trafficking. Police also found a number of watches and several Byzantine icons of immense value. After the completion of the police operation, authorities will release official information regarding the number of arrests, the identity of the arrested, seizures and details regarding the case.