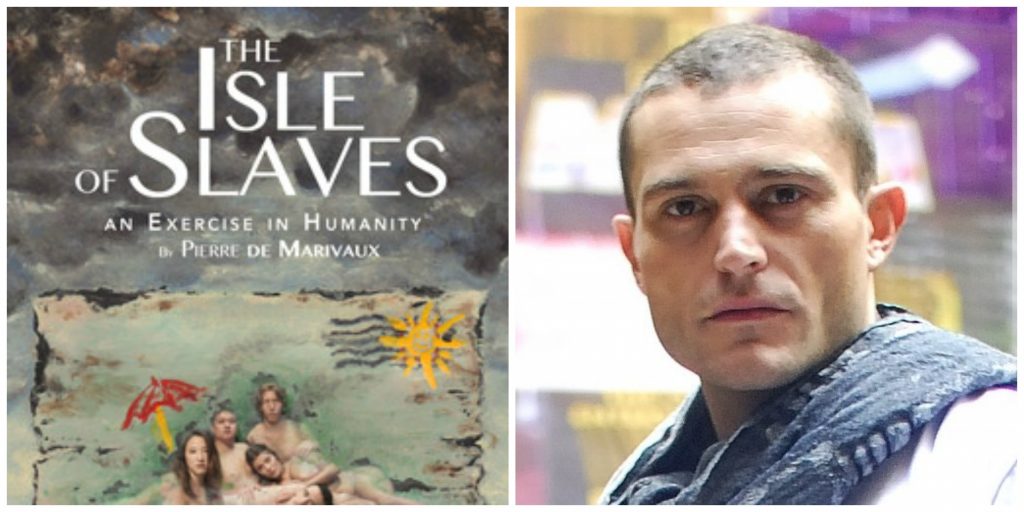 Actor Giorgos Karamihos has taken to the Hollywood stage in a different role: he’s currently directing the play “The Isle of Slaves.”

Presented by Stella Adler-Los Angeles and Play Production 3, the story centers on two masters and their servants who are shipwrecked on an island. The mysterious “ruler” of this island forces them to swap names, clothes and roles, with the ultimate hope that this exercise will “cure” them from selfishness.

Following the example of ancient Greek comic playwright Aristophanes, six true slavery stories work as a parabasis (infraction) in the on-stage comedy. Written by Pierre de Marivaux, one of the most important French playwrights of the 18th century, “The Isle of Slaves” dreams of a world where kindness, generosity, compassion and forgiveness count most than anything else.