Obama: Cyprus is a "Valued Friend and a Partner" 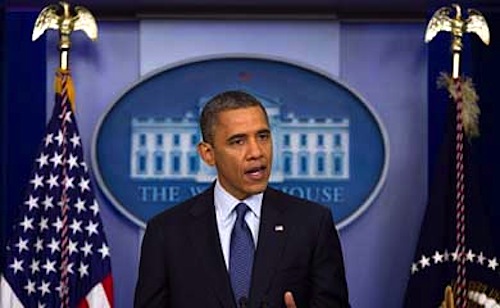 President Barack Obama has reiterated the US’ strong support for efforts to bring about a settlement in Cyprus, describing the Republic as a “valued friend and a partner” of Washington.
“I also reiterate my strong support for efforts to achieve a comprehensive settlement to reunify the island as a bi-zonal, bi-communal federation,” Obama wrote in a congratulatory message to President Nicos Anastasiades on the occasion of Cyprus’ independence on Wednesday. “Resolving the long-standing division of the island would be the catalyst for increased prosperity and a brighter future for all Cypriots,” said Obama in his message.
Noting that “the Republic of Cyprus was a valued friend and partner of the United States,” The US President added: “Our continued cooperation is critical to promote regional security and prosperity.”
Obama also thanked Anastasiades for hosting Vice President Joe Biden’s “historic visit to the island in May, which demonstrated the United States’ commitments to strengthening our bilateral ties cooperation on areas of mutual interest, including countering terrorism and encouraging increased economic ties.”
(source: CNA)