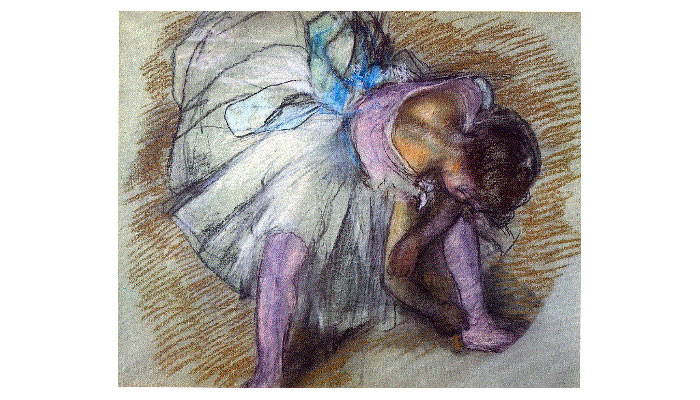 On Tuesday the Cypriot police announced that thieves had looted a valuable painting from the house of a 70-year-old Greek Cypriot in the city of Limassol.
The painting, a masterpiece entitled “Ballerina Adjusting Her Slipper” by the French painter Edgar Degas, was stolen from the man’s house on Monday. According to the police, the painting, valued at 6 million euros, or about 7.6 million dollars, was uninsured.
Degas is deemed one of the founders of Impressionism. “Ballerina Adjusting Her Slipper,” 61 by 47 centimeters, is one of a number of portrayals Degas made between 1873 and 1874 of dancers adjusting their shoe-straps. The ballerinas are shown in a variety of poses and angles.
The thieves took an array of additional items: seven gold watches and three gold opera glasses, worth a projected total of 157,000 euros, or 200,000 dollars.
The Cypriot police said they have arrested a 44-year-old man from Cyprus in connection with the case. They are currently seeking two suspected accomplices: a South African and a Russian. Police are confident that the thieves knew the 70-year-old victim.

Throughout history, a plague, or pandemic, has affected the outcome of Ancient Greek wars, as studies by historians and medical scientists suggest
Greece