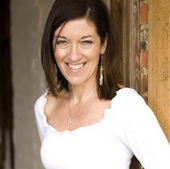 40 years ago, the Cypriot town of Famagusta was occupied by Turkish forces. Today it’s capturing media attention once again, as the subject of Victoria Hislop’s new novel, “The Sunrise,” which will be released in Greece on October 22.
“As I was writing my book I felt as if my fingers were wet and I was putting them in the power socket. I felt like the subject was as fresh as it was 40 years ago, like not a day has gone past,” she said in a recent interview with the Greek newspaper “Fileleftheros.”
Hislop’s literary inspiration came from the town’s empty buildings. “The Sunrise” marks the first time she has written about a city that she could not even explore, she told “Fileleftheros.” “I traveled to Cyprus many times, I visited Famagusta, stood near the wire and watched the city. I spent some time on the roof of the Turkish-Cypriot mayor’s office in Famagusta and tried to gather as many images as I could.” Ankara denied her request to enter the city’s cordoned off sections.
The author first visited Famagusta in 1978 at the age of 18. “I was travelling by bus. I started from London, went through several former socialist countries and ended up in Turkey. There we took a boat and went to Kyrenia, if I’m not mistaken. For three weeks I was camping. Although it was a carefree trip, it was also very strange. I was looking at a hotel in Famagusta, which looked like a resort, surrounded by beautiful beaches, yet I could not go near it. I could not understand this.”
When asked if she knew about the Turkish invasion in Cyprus, Hislpo admitted that, while it sounds “incredibly naïve, she could not remember.” In 1974, at the age of 14, she remembers reading about Cyprus, Watergate and Nixon’s resignation. “I remember seeing the name of Kissinger, who was involved in both issues, and the look on his face, for some reason, reminded me of a cartoon figure… I didn’t like many things: Makarios, was also involved in politics, and the UK was also involved… I never heard about Cyprus again,” she added.