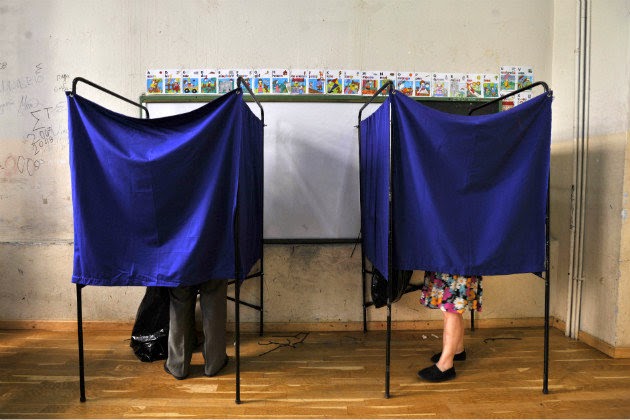 According to a recent Public Issue poll published by “Efimerida ton Syntakton,” SYRIZA’s lead over New Democracy is steadily growing, with approximately 36 percent of Greeks now supporting the leftist opposition party. This figure is up 11% since May’s European elections.
Greece’s third-most popular political party is now To Potami, garnering approximately 9.5% of all votes. Golden Dawn follows in fourth place, with 7.5%; the Communist KKE Party with 6.5%; PASOK Parth 5.5%; Independent Greeks 4%; DEMAR 1%. All remaining parties control roughly 5% of the electorate.
Parliament seat projections based on the Public Issue poll would see SYRIZA with 146 seats, New Democracy with 66, Potami with 25, Golden Dawn with 20, KKE with 17, PASOK with 15, Independent Greeks with 11, and DEMAR with zero.
Approximately 54% of respondents believe that early elections are necessary. 37% are confident that the current government will complete its term.
Surprisingly, 42% of respondents stated that neither New Democracy nor SYRIZA are the parties best-capable of forming a government.
The second half of the Public Issue poll will be published on Monday.