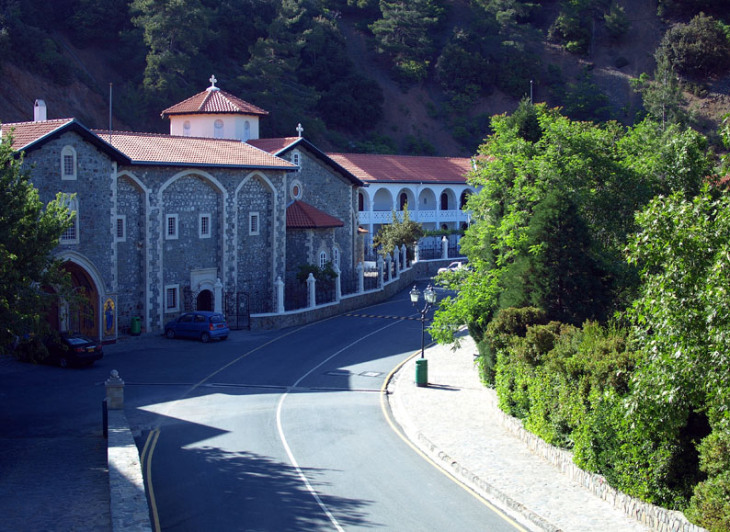 The Kykkos Monastery of Cyprus is the latest victim of the country’s ongoing economic crisis. Reports emerged yesterday that the monastery – historically, the island’s wealthiest – has been forced to carry out a series of cutbacks, including layoffs.
According to Alithia newspaper, Kykkos has racked up a debt of €50 million. Bishop Nikiforos told reporters that it is with great sadness that he has had to take these measures, which will see some 40 to 50 staff members laid off.
The monastery will also suspend the operation of a number of its services, Nikiforos continued. These include the social and spiritual support center, a scientific foundation of global religions and culture, a research center, a Cypriot Greek language school, as well as museum offices. Nikiforos is hopeful that Kykkos can secure European funding to avoid shutting the monastery entirely.
Tenants of the various properties under the monastery’s control do not pay their rent, despite court injunctions requiring them to do so. All monastery revenue goes toward salaries.
Nikiforos noted that the monastery suffered a major financial blow with Eurogroup’s March 2013 decision to “bail-in” Cypriot bank deposits, including the monastery’s own.