TechNews
GreekReporter.com USA “The Greek Monsters” are coming to the National Hellenic Museum

“The Greek Monsters” are coming to the National Hellenic Museum 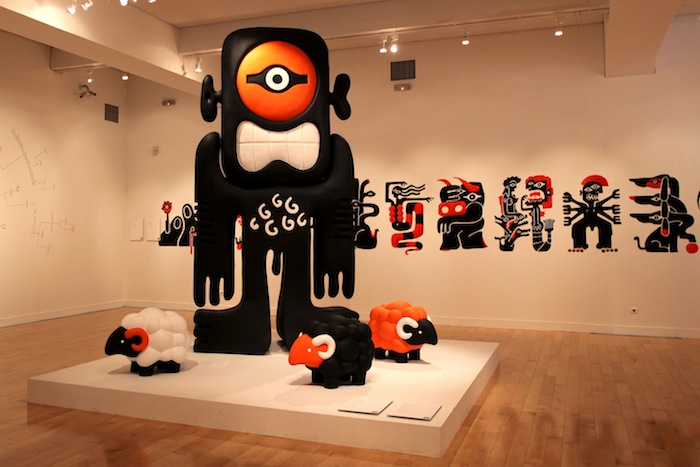 The National Hellenic Museum (NHM) is launching a new exhibition titled “The Greek Monsters” on September 26, 2014.

Designed by Greek-based artists, Beetroot, the oversized, colorful creatures are engaging for children and adults alike and tell classic mythological tales in a modern way.

The “post-black-figured” visual style of The Greek Monsters exhibition is based upon the original illustrations by Beetroot for a book titled “The Misunderstood Monsters of Greek Mythology.”

The exhibition brings the book to life through sculpture, paintings, audiovisual artwork, and interactive displays. The Greek Monsters are presented as contemporary symbols and re-establish Greek mythology’s central role in western storytelling.

There is an educational component to the exhibition, which introduces children to more than twenty mythological creatures, and teaches them important lessons about racism, discrimination and other moral challenges. All with a message that being a “monster” isn’t such a scary thing after all.

This exhibition has made several stops on its international tour. Every time the exhibition reaches an important destination such as Chicago, a brand-new monster and poem are designed to celebrate the new opening and pay homage to the host city. Chicago’s monster will be unveiled on September 26th.

The Greek Monsters exhibition is sponsored by Hostess Brands.

The Destruction of Smyrna: When Hellenism was Brutally Erased from Asia Minor

Greece Goes Digital: 150 Million Transactions in First Half of 2021