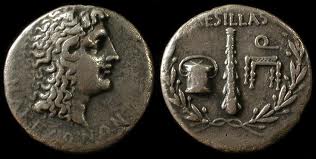 The Italian Culture Ministry will return a total of 80 ancient coins to the Greek government in a ceremony that will take place on the sidelines of the informal EU Culture Ministry Summit in Turin on September 23 and 24, Greek newspaper “To Vima” reported.

The coins, which include 79 silver ones and a bronze, are dated between the 5th and 2nd century BC and were initially recovered from Akanthos and Toroni, in Chalkidiki, Greece.

The Italian authorities seized the ancient artifacts in 2008 and after carrying out a detailed inspection, contacted the Greek authorities in order to arrange the repatriation.

The two Culture Ministers, Dario Franceschini and Kostas Tasoulas, will attend a special ceremony to commemorate the coins’ repatriation and the cooperation between the two countries in combating illicit trade of cultural goods.