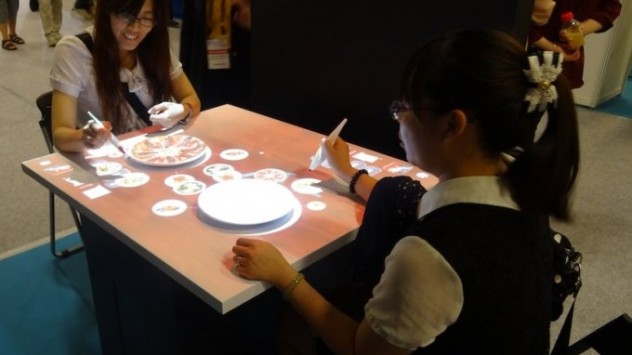 The participation of Greek research centers at the International Invention Show & Technomart (IIST) 2014 held in Taiwan, piqued the interest of several Asian businessmen and media. The exhibition was attended by over 600 exhibitors from 22 countries who presented over 2,000 inventions and innovative products from across the world.

The Greek mission, consisting of research centers under the auspices of the General Secretariat for Research and Technology (GSRT), won several international awards.

GSRT Secretary General Christos Vasilakos stated: “Our goals were successful and for the first time our country has participated in such an organized event and managed to get three honors from Taiwan, Korea and Qatar. Furthermore, the innovations presented by the Greek research centers were awarded with a platinum, four gold and two silver medals, as well as an honorable distinction.”

The Interactive Wall supports games that can played by one, two or more players simultaneously, using their entire body, comprising a large projection area.

The Interactive Documents system augments printed documents placed upon a surface (like a plain table) with multimedia content and interactive applications.

iEat is an innovative smart restaurant table that aims to enhance restaurant customers’ experience in terms of entertainment, socialization, food selection and ordering, providing users with natural interaction with the table itself, as well as with physical objects placed upon its surface.

The Glory of Mycenae Where Early Greek Civilization Flourished