Kelly Brook Vacations in Greece; Calls It Her ‘Happy Place’

Model and actress Kelly Brook has been taking to social media the last few days, sharing her admiration for Greece through Instagram photos.

The 34-year-old star of the upcoming NBC series “One Big Happy,” is in Mykonos and has visited the beaches, local taverns — including Kikis Taverna — and of course, Super Paradise. Captioning her photos with the word “bliss” and emoticons like hearts and sunshine, Brook also posted one photo of herself on the beach, calling it her “happy place.” 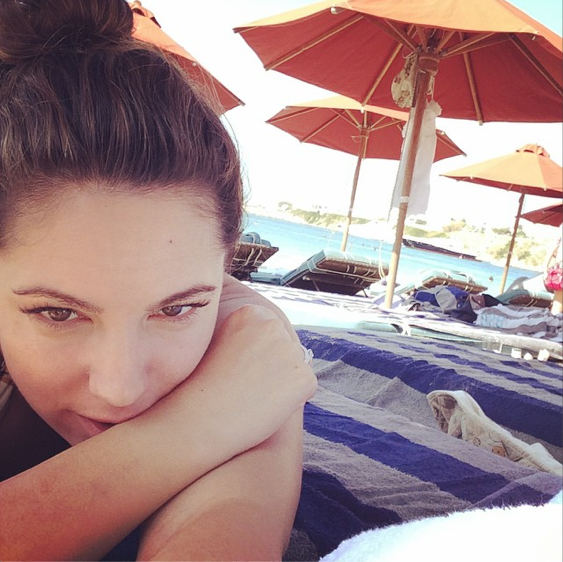 Brook, who previously appeared in 2003’s “The Italian Job” and the 2010 horror flick “Piranha,” is visiting the island with her fiancé David McIntosh. It’s a small break before she heads to the U.S. to begin filming the NBC comedy, produced by Ellen DeGeneres.

On “One Big Happy,” the English-born actress plays Prudence, a free-spirited British girl who’s slated to go back to her home country in a matter of days but ends up falling for — and marrying — a guy who finds out he’s about to be a father.

“One Big Happy” is currently in production and also stars Elisha Cuthbert and Nick Zano.