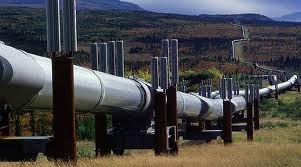 The Bulgarian government announced on Thursday that the country is talking with Greece concerning gas imports, fearing that the Ukraine crisis may lead to disruption of supply from Russia.

Poland, Slovakia and Austria have reported slight decline in supply from Russia in recent days. Romania’s Energy Minister stated on Tuesday that Russia was intentionaly creating problems with gas supplies in order to cause concerns in EU states.

“We are working to reverse natural gas via an existing gas pipeline with Greece, as we could receive additional quantities between 1 to 3 million cubic meters per day,” said Bulgaria’s Interim Economy Minister Vasil Shtonov.

Bulgaria plans to reserve capacity at a liquefied natural gas terminal near the Greek capital and then pump it through an existing pipeline between Bulgaria and Greece, which currently transfers Russian gas to Greece.

“Reserves in the Chiren gas storage facility will be sufficient for 120 days,” said the Bulgarian Minister.

Bulgaria, one of the European Union countries most exposed to possible gas supply cuts, said that its heating utilities will use heavy fuel oil instead of gas in case of supply cuts.

Greece ranks twice on a list of the top "secret beaches" in Europe featured in the latest edition of Travel + Leisure, a top travel magazine.
Ancient Greece

Games and workshops based on Ancient Greece and its political figures were recently created by group of academics from the University of Exeter in England.
Greece

Greece restricted movement to within 2 kilometers (1.2 miles) radius from home on Thursday in a new effort to stem the spread of the coronavirus.