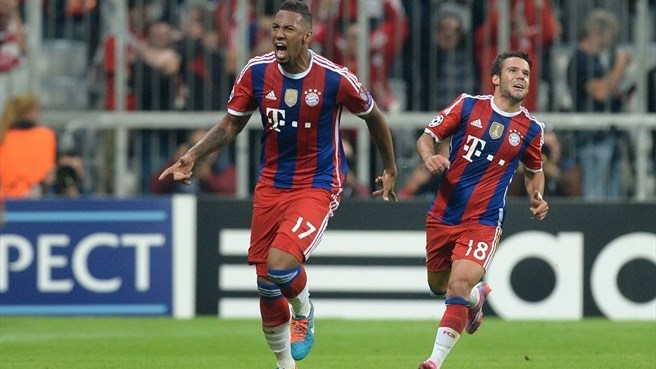 In the day’s most watched match, Bayern Munich managed to steal the three points with a 1-0 win in the dying moments of the game against Manchester City with a goal from Jerome Boateng. For the same group, Kostas Manolas and Vasilios Torosidis both started for AS Roma vs CSSKA Moscow and contributed to a stuggering 5-1 win which moves them to first place of Group E.
Group F
FC Barcelona – APOEL Nicosia 1-0 (G. Pique 28′)
AFC Ajax – Paris Saint-Germain 1-1 (L. Schoene 74′ – E. Cavani 14′) 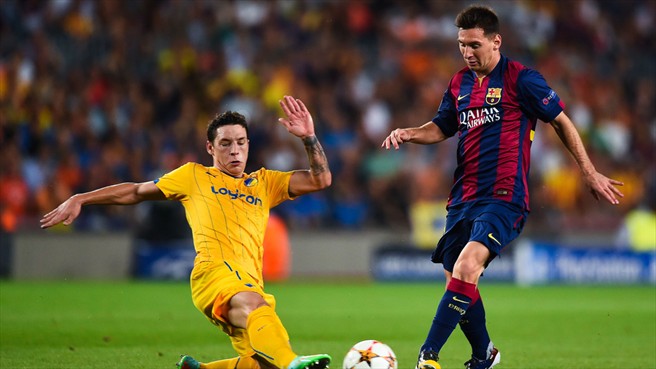 In a group where both Paris Saint-Germain and Barcelona dominate, APOEL Nicosia and Ajax Amsterdam don’t have have much hope to qualify, however the Dutch managed to grab a point in the 74th minute with a goal from Lasse Schoene (1-1) which canceled out Edison Cavani’s opener in the first half. As far as the Barcelona-APOEL clash, it was much of a Tom & Jerry type of game, with the Cypriots chasing but not being able to win much of the possession. They went down with a proud 1-0 loss from a Gerard Pique header.
Group G
FC Chelsea – Schalke 04 1-1 (C. Fabregas 11′ – K. Huntellar 62′)
Maribor – Sporting Lisbon 1-1 (Nani 80′ – L. Zahovic 90′) 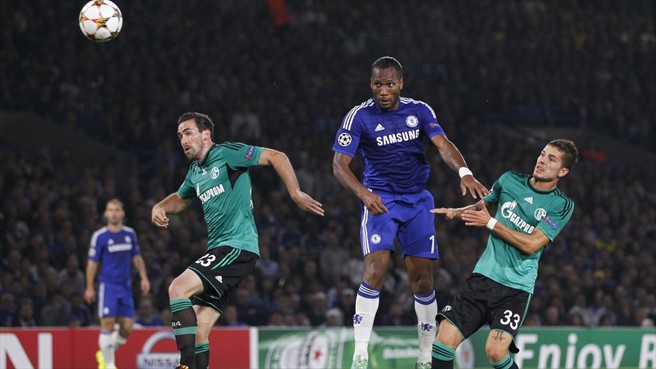 Europe’s fittest team FC Chelsea, dropped its first points of the season at home to Schalke 04. Fabregas continued his run of fine performances with a dazzling opener in the first half with was eventually equalized by Dutch striker Klaas Jan Huntelaar (1-1). In Group G’s other game, Maribor struck at the very last minute of the match against Sporting Lisbon with a goal from 18-year-old Luka Zahovic, son of former Slovenian star Zlatko Zahovic and Slovenia’s next best thing. It wasn’t enough to grab the three points though, as earlier in the game former Manchester United winger Nani had marked the scoresheet first.
Group H
FC Porto – BATE Borisov 6-0 (Y. Brahimi 5′, 32′, 57′, J.Martinez 37′, Adrian 61′, Aboubakar 76′)
Athletic Bilbao – Shakhtar Donetsk 0-0 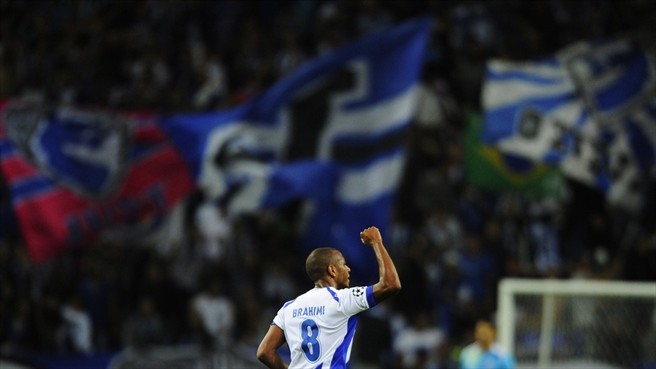 This week’s dazzling display of football came from Portuguese side FC Porto who demolished poor old BATE Borisov 6-0. The protagonist of the showdown was Yasine Brahimi who scored a hat-trick. Porto will sit at the top of its group as Athletic Bilbao failed to find a path through Shakhtar Donetsk’s defense for a 0-0 end result.