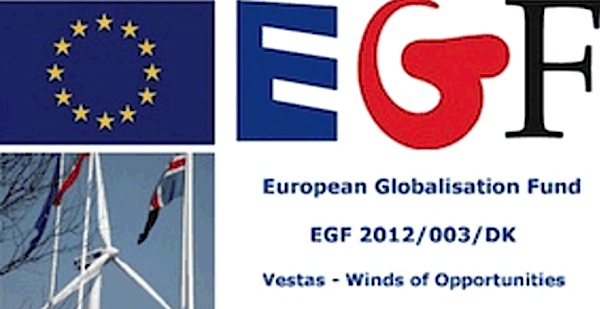 EU aid to help workers made redundant in various industries in Greece, Spain, The Netherlands and Romania to find new jobs was approved by the European Parliament on Wednesday. The European Globalisation Adjustment Fund (EGF) funding, which would complement national efforts, now needs to be approved by the Council of Ministers.

Greece
Greek baker Nutriart and its suppliers made 508 people redundant because crisis-stricken households could no longer afford Nutriart’s fresh or frozen products and the companies’ management was disrupted by delays in payments from clients. The €6,096,000 in EGF aid approved by Parliament to will pay for training to help these 508 people and another 505 young people without jobs to boost their employment chances.
The aid was approved by 624 votes to 69, with 11 abstentions.

Spain
Spain was granted €700,000 to help 400 workers made redundant by of three wood product firms in the Castilla y León region and €960,000 help 280 workers who lost their jobs in the food and beverages services industry in the Aragón region. The wood industry redundancies were due to the loss of export markets, and the food industry ones to declining demand during the financial and economic crisis.
The aid to Castilla y León was approved by 618 votes to 71, with 11 abstentions, and the aid to Aragón by 597 votes to 74, with 26 abstentions.

The Netherlands
The Dutch authorities applied for support after a lack of orders due to the financial crisis forced 89 building firms in the Gelderland and Overijssel provinces to make workers redundant. The €1,625,781 in EGF aid will pay for training and other measures to help to 475 redundant workers back into jobs.
The aid was approved by 602 votes to 70, with 306 abstentions.

Romania
The Romanian authorities applied for EGF aid to help 1,000 workers made redundant by steel product maker Mechel Campia Turzii and its supplier due to a sharp fall in demand for their products as former buyers switched to Chinese makers. The €3,571,150 EGF aid will help pay inter alia for vocational guidance, starting up new firms and providing mentoring after landing a job.
The EU Council of Ministers is expected to vote on the Romanian and the Greek aid applications on 25 September and the Spanish and the Dutch ones on 8 October.
The aid was approved by 614 votes to 71, with 16 abstentions.

Background
The European Globalisation Adjustment Fund was set up to provide additional support for workers made redundant as a result of major structural changes in world trade patterns due to globalisation or the financial crisis and to help them find new jobs. Between 2014 and 2020, the annual ceiling of the fund is €150 million. Redundant workers are offered measures such as support for business start-ups, job-search assistance, occupational guidance and various kinds of training. In most cases, national authorities have already started taking measures and get their costs reimbursed by the EU when their applications are finally approved.
(source: europarl.europa)