Will Greece Participate in the Eurovision 2015 Song Contest? 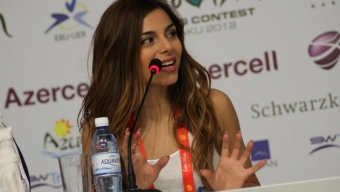 Greece is unlikely to participate in next year’s Eurovision Song Contest in Austria, as the deadline for participants has expired.
NERIT, the successor of Greece’s public broadcaster ERT that was abruptly shut down by the Greek government in June 2013, has already confirmed its intention to participate in Eurovision 2015.
However, a recent change in the Greek broadcaster’s legal status put another spin in NERIT’s relationship with the European Broadcasting Union (EBU). In a letter by its President Jean-Paul Philippot and Director General Ingrid Delterne addressed to Greek Prime Minister Antonis Samaras on August 12, EBU expressed its dissatisfaction over the recent changes.
EBU had initially expressed concern on the legality of ERT’s shock closure but was later assured by the Greek government of NERIT’s intended compliance with EBU regulations. Greece was subsequently given special permission to participate in the 2014 contest.
Despite previous assurances, putting the supervision of the Greek broadcaster under governmental control and thus compromising its independence were deemed by EBU. It is therefore not guaranteed that NERIT will be a proper EBU member, although that doesn’t necessarily make Greece ineligible to participate in the Eurovision Song Contest. EBU is allegedly dissatisfied but has agreed to re-examine the details of NERIT’s legal status and give a definite reply to the Greek broadcaster by tomorrow.
NERIT is hoping that regardless of its status, or its acceptance by EBU, the country will be allowed to participate in the upcoming European song contest. Still, it is anything but certain that Greece will be represented in Vienna (even by a different broadcaster) next May.