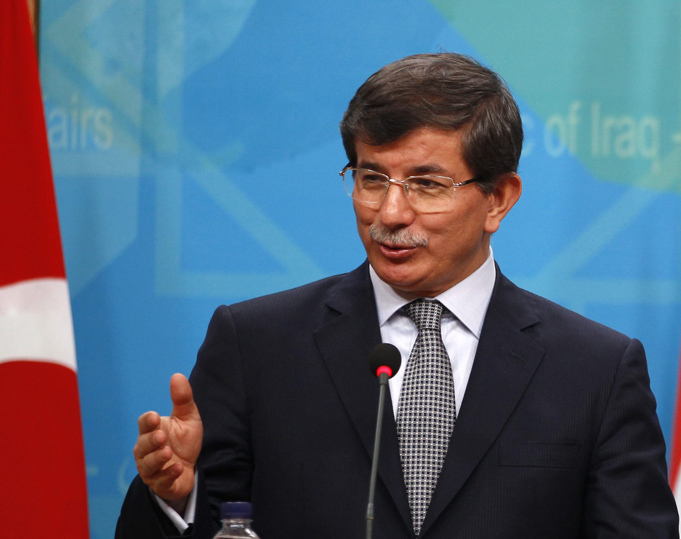 Turkish Prime Minister Ahmet Davutoglu visited the northern, occupied sector of Cyprus on Tuesday, ahead of a dinner between the Greek-Cypriot and Turkish-Cypriot leaders in the evening, and on the eve of the launch of talks under the UN’s new Special Envoy Espen Barth Eide.
Before leaving from Ankara on Tuesday, Davutoglu gave a press conference and said his visit to the north had a “high symbolic importance.” He also expressed his support to the independence of the “Turkish Republic of Northern Cyprus (TRNC).”
As it was his first visit to the north as Turkey’s Prime Minister, Davutoglu said he would be informed on the peace talks by Turkish-Cypriot leader Dervis Eroglu.
“Because of the importance the Cyprus problem has in the EU process for both sectors of Cyprus and for the Eastern Mediterranean, including the relations between Turkey and Greece, and for the UN, which is dealing with the big crises in the world, we will make a strong call for the solution of the Cyprus problem,” he said.
He claimed that in 2004, the Cyprus problem was closer to a solution that ever “with the extremely positive stance of Turkey and the TRNC”. However, he noted that because of the “no” to the UN plans by the Greek side, the crisis is still ongoing.