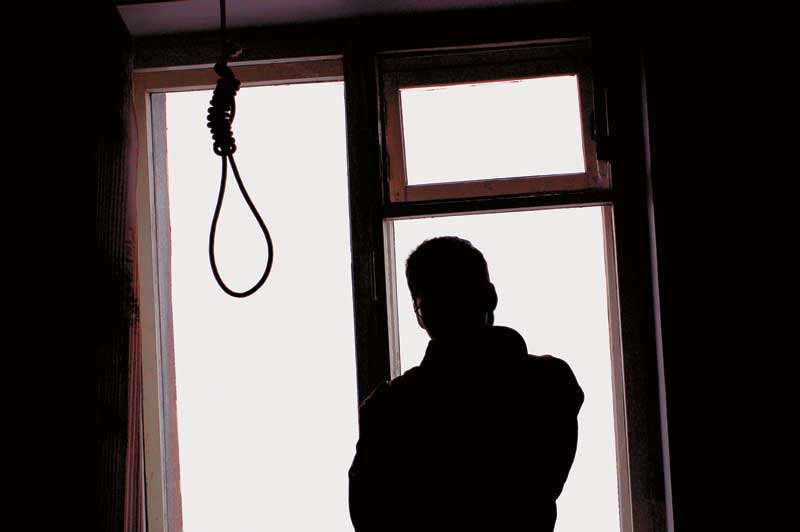 According to the Suicide Network Records of NGO Klimaka’s Prevention Center, Greece has recorded a decrease in its suicide rate in the first quarter of 2014.
On the occasion of World Suicide Prevention Day on September 10, new information regarding suicidal rates in Greece have been presented by Klimaka.
In the first eight months of 2013, 229 suicides were recorded in Greece (193 men and 36 women), while in the first eight months of 2014 the suicides decreased to 209 (173 men and 36 women).
Most people who committed suicide this year were between 40 and 44 years of age.
The scientific director of Klimaka, psychiatrist Kyriakos Katsadoros, has characterized this trend as “pretty clear,” while noting that the organization is not a statistical service. Klimaka consultive psychologist Aris Violatzis said that ”We believe and we have seen that there is no increase in suicides. The phenomenon seems to have reached its peak and now descends.”
The 24-hour help line 1018 has received over 6,500 calls in the first quarter of 2014, more than 3,600 of which were made by people with suicidal tendencies.
Echoing official statistics in the UK, showing suicide rates are still higher than before the crisis, researchers at the University of Portsmouth have found a correlation between spending cuts and suicides in Greece.
According to the research published in the “Social Science and Medicine” journal, every 1% decrease in government spending in Greece, led to a 0.43% rise in suicides among men. After looking for other characteristics that might lead to suicide, 551 men killed themselves “solely because of fiscal austerity” between 2009 and 2010, said the paper’s co-author Nikolaos Antonakakis.
“That is almost one person per day. Given that there were around two suicides in Greece per day in 2010, it appears 50% were due to austerity,” said Antonakakis, a Greek economics lecturer, who had been prompted to look into a potential link between austerity and suicide rates, after media stories and reports from friends of individuals who have committed suicide.
Antonakakis noted that although there have been studies into the health effects of negative economic growth in the past, there was a gap when it came specifically to spending cuts and health. His co-author, economics professor Alan Collins, said they were surprised at how many suicides appeared to be linked to austerity and how clear the connection was.
There was also a clear gender divide in the effects of austerity with no obvious rise in female suicide rates, according to the research. Men aged 45-89 faced the highest suicide risk in response to austerity because they were most likely to suffer cuts to their salaries and pensions, the research showed.