Greek Orthodox and Muslims of Australia Against Golden Dawn 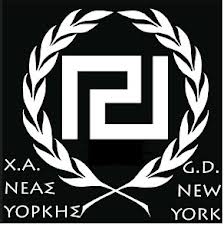 The upcoming visit of the two Golden Dawn MPs with seats in the European Parliament, Eleftherios Synadinos and Georgios Epitideios, in Australia has caused the reaction of the Greek community. The two MPs will visit Australia in October and are planning to attend a number of events.

The Greek community has asked Australia’s federal government to stop Synadinos and Epitideios from visiting the country.

In fact, the Chairman of the Federation of Ethnic Communities’ Councils of Australia, Joe Caputo, has announced that the Greek Orthodox community along with Muslim community groups and unions, are calling on Immigration Minister Scott Morrison to stop the two Golden Dawn MPs from entering the country.

The Greek Community of Melbourne had released an announcement opposing to the MPs visit.

“The politics and actions of this organization, whose leadership and top officials are being held in pretrial custody for criminal actions in Greece, do not have support and appeal among Melbourne’s expats,” said the announcement, while the President of the Community, Vasilis Papastergiadis stated that their visit is incompatible with the multicultural society of Australia.