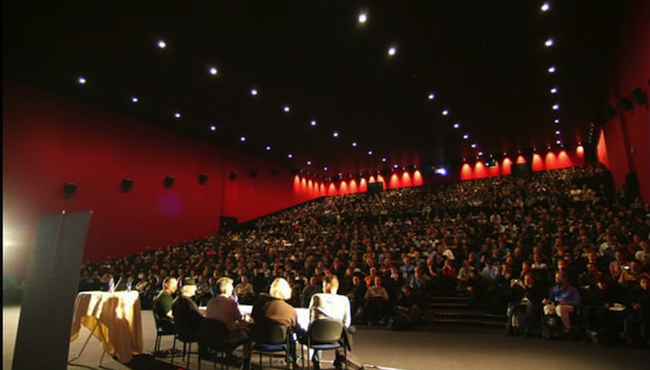 The 40th International Conference on Computer Music (ICMC) will be hosted for the first time in Athens along with the 11th European Sound and Music on Computer Conference (SMC) from September 14 to 20. Both conferences have the form of a music festival and are considered as the most important conferences of their kind. They are hosted annually in different countries and are the international forum which highlights the latest developments in science as well as the art of computer music.
The joint ICMC/SMC/2014 conference is organized by the University of Athens (Department of Music and Department of Informatics and Telecommunications), the Institute for Research on Music and Acoustics (IEMA) and the Onassis Cultural Foundation. The two conferences will take place under the auspices of the President of the Hellenic Republic.
The conference’s central theme is titled “Music Technology Meets Culture: From Digital Sound to Virtual Ethos.” Participating scientists from the fields of technology and audio computer music, composers, musicologists and philosophers, engage in a constructive dialogue on the contemporary music scene creation with computers as well as on new trends and developments in the scientific field of computer music.
The conference schedule includes scientific sessions, presentations and workshops as well as four daily concerts lasting one hour and a half each, held in the halls of the Onassis Cultural Foundation, presenting pioneering works written with computers. It will also include a three-hour “night concert” at the former Athens Stock Exchange, which will open its doors exclusively for the conference, and an outdoor concert at Filopappou Hill.
A total of 25 concerts will be held, 40 hours of music and 260 musical works will be played, selected by an international jury.
At the same time, throughout the duration of the conference, various structures will be scattered around Athens, which will create sound through interaction with the audience or the environment. The Athens Stock Exchange will also present a small professional exhibition on music technology.

US Pivots, Distributing Vaccine According to Demand — Not Population