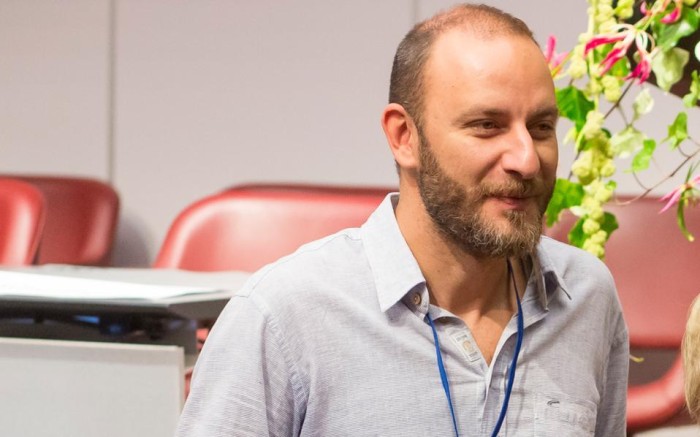 Greek scientist and businessman Dimitris Papanastasiou has been awarded the 2014 Curt Brunnee Award at a special ceremony during the 20th International Mass Spectrometry Conference (IMSC) in Geneva, Switzerland, on Wednesday.

The prize is awarded every three years by IMSC to scientists under 45 years of age who have significantly contributed to the creation of innovative scientific instruments in the field of spectrometry.

38-year-old Papanastasiou, scientific director of Fasmatech, was awarded for his contribution to the development of the theoretical understanding of ion behaviors and implementation of this knowledge in new devices for ion optics and ion mobility.

Fasmatech instruments analyze various forms of chemical compounds and have a wide range of applications, from medical tests to food composition control.

“For the first time, we can study the flow fields of gases and their effects on the transport of proteins, in combination with the application of electric fields in mass spectrometry systems,” Papanastasiou said.

According to the Greek physicist, research was conducted by Fasmatech in collaboration with the Technical University of Crete and the Environmental Radioactivity Laboratory of Greece’s Center for Scientific Research “Demokritos.” He was then nominated for the Curt Brunnee award by the Hellenic Mass Spectrometry Society.

Fasmatech, founded in 2009 by Emmanuel Raptakis and Dimitris Papanastasiou, is based in the science and technology park “Leucippus” at Demokritos’ premises. The company manufactures innovative mass spectrometry instruments that analyze chemical compounds through the separation of charged particles’ masses.

The number of coronavirus cases surged today in Greece, as a total of 2,353 cases of the virus were diagnosed across the country on...
Cyprus