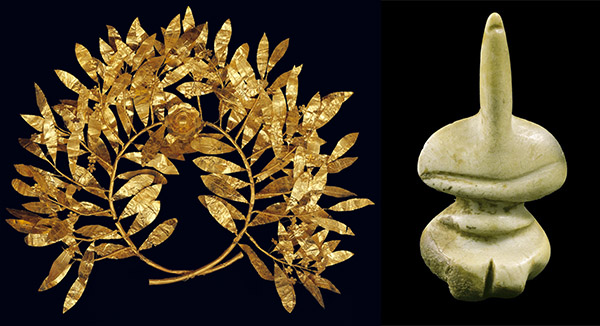 The Hellenic Museum of Melbourne will host the exhibition “Gods, Myths and Mortals: Greek Treasures Across the Millennia” which opens on Wednesday, September 10. The inauguration of the exhibition, which comes from the renowned Benaki Museum in Athens, will be attended by former Greek Minister Pavlos Geroulanos and his sister Eleni.

This is the first in a series of exhibitions and events held under a ten-year cooperation program between the two museums and aims to enable Australians to meet the most important ancient civilizations.

Exhibitions to follow will give Australians the chance to admire Benaki’s collections of Coptic, Chinese, Indian and African works, as well as one of the world’s most significant Islamic art collections. The partnership also provides students with access to Benaki’s extensive education resources, offering a valuable tool for schools and universities.

The exhibition will be hosted at the Hellenic Museum of Melbourne until June 2024.