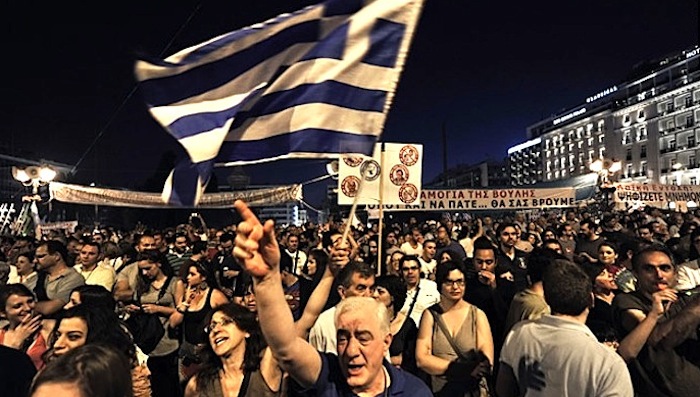 The General Confederation of Greek Workers (GSEE) revealed data showing a huge decline in income for most Greek wage earners during the crisis. The data shows that approximately a million jobs have already been lost, while it warns for a new rise in unemployment and sustainability of social security funds.
Specifically, the survey foresees a long period of stagnation for the Greek economy, with high unemployment and deficits in the new social security plan steadily on the rise from 2016 onwards. According to estimates, Greek insurance funds will need an additional 950 million euros, as due to the crisis, more than 45 billion euros have been lost, along with one million jobs.
The report makes reference to the gradual collapse of the reserves of the Social Security System (SKA), using 2016 as a base-year, and predicts that in 2044, the problem will reach its peak, based on the current trend in the proportion of births/deaths, where it is expected that the natural evolution of the Greek population will stop.
The director of GSEE, Savas Robolis, stressed that if the currently implemented policy is not changed, it will remain problematic, even if pensions are totally abolished. “Even if we eliminate pensions, the system will remain in deficit, unless a series of measures, such as stopping the austerity, wage growth, boosting domestic demand and reducing the prices of products, are taken. The turn of Greek enterprises in services and foreign demand, and ultimately in improving their structural competitiveness by investing in technological and productive reconstruction is necessary.”
The director added that it is important to create a new framework for financing the pension system by finding new sources outside the state budget.
The SKA should, except for contributions and state funding, aim to find additional resources of 950 million by 2016, 1.4 billion by 2017 and 2.5 billion by 2018.
Things “darken” further after 2023, as in the period beginning this year and ending in 2028, around 380 thousand “baby boomers” will retire, adding another 3 million to the System’s burden.
He noted that if the Greek state does not take all the measures mentioned above, “the 2015-2025 period will be a period of stagnation and the upcoming years wistful.”
“The question is not whether it is one or three funds, but how they are organized and what benefits they provide” said GSEE chairman Yiannis Panagopoulos, asked about the government’s intention to merge the funds into one.
On his part, Robolis noted that the fund reserves are marginal, amounting to only 4.5 billion euros (amount equivalent to two months pensions).
Regarding the available real household income from work (earnings for employees and self-employed), the survey data indicates that from 2010 to 2013 it will decrease by 41 billion euros and therefore driving domestic demand (which is considered a driving force for the economy and production) at the levels of 1990 (-32.4% since 2009).
After 5 years of internal devaluation, GSEE finds, among other things, that the cumulative GDP (in the six years from 2008 to 2014) will be reduced by 23.2% and purchasing power (GDP per capita at constant prices) will return at the level of the year 2000. Furthermore, the available real income will be, overall, less by 43 billion euros, especially after the reductions made in wages.