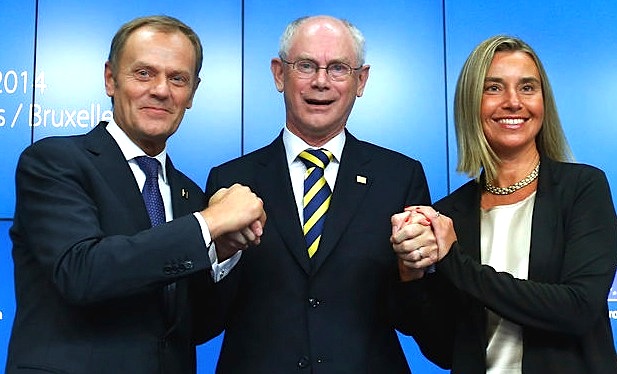 The decision comes as the crisis at the EU’s eastern border pitting Ukraine against Russia poses one of the biggest foreign policy challenges for the union in decades.

Mogherini, a 41-year-old center-left politician, has been Italy’s Foreign Minister only since February, drawing criticism that she lacks experience.

The Polish premier, who speaks neither English or French, overcame a personal clash with Britain’s David Cameron over migration policy to become favorite for the job.

With leaders unnerved by Russia’s latest actions in Ukraine, the nomination of Tusk will send a firm message to Moscow.
(source: AP)