Another 182 Undocumented Immigrants Arrested at Sea 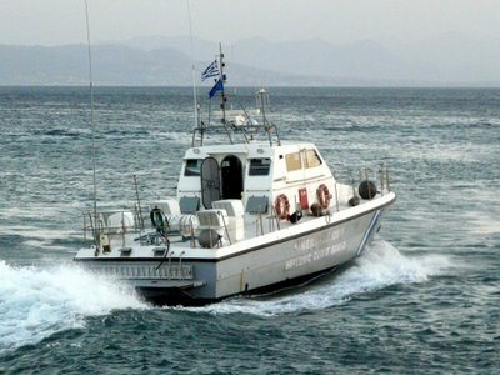 A wooden vessel carrying 138 undocumented immigrants was tracked by a Latvian Coast Guard patrol east of Symi island in the Dodecanese, Greece. Latvian Coast Guard was patrolling the area under the joint EU sea patrol program “Poseidon.”
The vessel was brought ashore a rocky area, as its captain was trying to avoid the patrol check. The immigrants tried to escape but were found on the rocky hill and taken in by the Greek Coast Guard.
Moreover, a Frontex vessel captured another seven undocumented immigrants this morning in the sea area south of Samos.
Another two human traffickers and 37 undocumented immigrants aboard a sailing boat were also found by the Greek Coast Guard in the area of Pefka – Lindos on the island of Rhodes late last night.
Recent data show a dramatic shift in migration patterns. The situation is exacerbated by thousands of Syrian refugees trying to escape the violence in the Middle East, making their way to Greece through Turkey.
Authorities on the eastern Aegean island of Lesvos stopped 4,071 immigrants in the first half of the year, compared to 1,998 the previous year. Up to 1,025 where intercepted in nearby Samos in July, when the number of arrests for the first half of 2013 was 962. In Chios, authorities detained 735 migrants in July, against just 293 in the first half of last year.
Data also show a spike in the number of border crossings at Greece’s northeastern Evros region, where a much-hyped 12.5 km razor-wire fence along the Turkish border has failed to stem the tide. In the first half of 2014, border guards arrested 748 immigrants, a 64.4% increase over the previous year’s 455 arrests.