Panathinaikos, PAOK Thessaloniki and Asteras Tripolis were thrown into the Europa League Playoffs battle yesterday, in the first out of the two-legged games in search of a group stage spot.
Panathinaikos – Midtjylland 4-1
Panathinaikos proved the mightiest of all with an emphatic 4-1 win over Danish side Midtjylland. 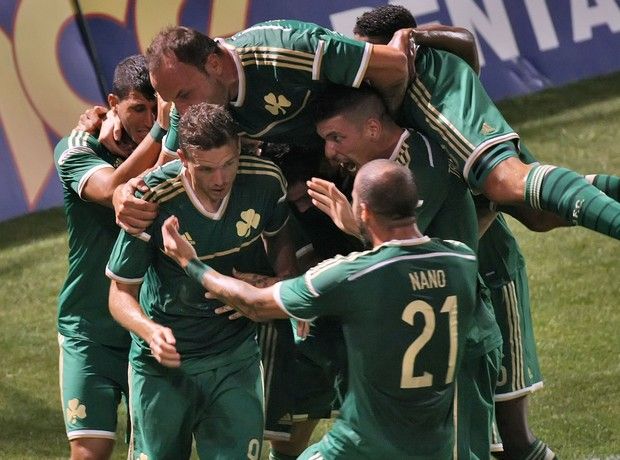 Swedish striker Marcus Berg scored all four, reminding everyone that his right foot is made of gold. A successful penalty kick and two one-touch, straight in the net hits in the first half turned the game around after defender Lauridsen executed a free kick which ended in Stefanos Kotsolis’ net. In the 89th minute, he chipped in one more after Nano’s cross, completing his quads.
The Greens are already half way into the group stages and unless they have a disastrous performance, they’ll be banking in close to $2.000.000 in prize money from UEFA.
Asteras Tripolis – Maccabi Tel Aviv 2-0
In the second game, Asteras Tripolis being a semi-small club from the semi-small province of Arcadia, had all Greeks cheer proudly after their 2-0 win against the more experienced, Maccabi Tel Aviv. 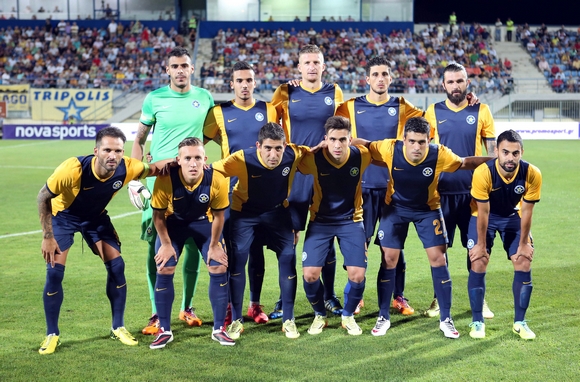 With two goals, one in each half, from Matsa in the 29th minute and Zisopoulos in the 47th, Asteras grabbed a “professional” win, making it almost impossible for the Israelis to qualify.
The second game is to be held at the GSP stadium in Nicosia, in result of all the heavy bombings in the Gaza strip making it unsafe for an international game to be hosted. Thousands of Cypriots are expected to soar in to support their fellow Greek team.
FC Zimbru – PAOK Thessaloniki 1-0
The only team who succeeded in being disappointing, in an otherwise great day for Greek football, was PAOK Thessaloniki. Playing against one the weakest clubs still participating in the European cup, FC Zimbru of Moldavia, PAOK failed to select the crucial points that an away win would bring to Greece, helping the country climb the UEFA rankings. 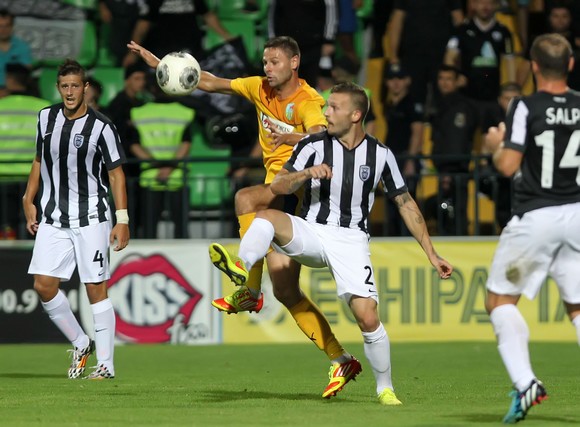 Even though PAOK had chances to score, striker Mak could not find the back of the net. In the first half’s biggest sitter, Katsikas jumped higher than the rest but his header landed on the crossbar. In the second half, the tables turned and although the Black and Whites kept the sheet clean, in the 80th minute Moldavian defender Bourgiou found some space and slammed the ball in with his head, giving the lead and the eventual victory to Zimbru.
Coach Aggelos Anastasiadis, a devoted Christian who publicly prays for Virgin Mary’s blessings, will have to forge out some new tricks in order to get pass this obstacle that suddenly appeared in his way.
The second leg of the qualifying games is a week from now.