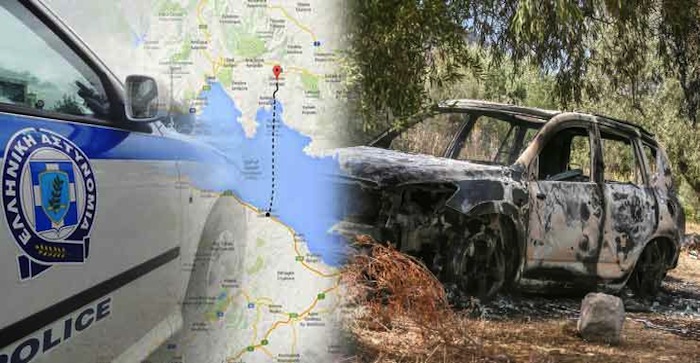 Greek authorities believe that known terrorist Paula Roupa, fugitive and wife of arrested terrorist Nikos Maziotis, may be involved in an armed robbery which took place at a bank in Distomo, Greece, around 2pm.
Three people with face masks entered the National Bank of Greece branch in Distomo, holding assault rifles, just before closing time. They overpowered the staff and waited until they were able to open the bank’s two safes. Twenty minutes later, they left with 300,000 euros, taking a cashier with them as hostage.
They used a Toyota Rav as their getaway car, which had been stolen two years ago, in May 2012. After driving for almost 5km, the three robbers burnt the car and fled by speedboat. They reached the Corinthian Gulf, off the coast of Xylokastro.
Before going ashore, they threw the cashier in the sea, where he was forced to swim for almost an hour until he safely reached the shore.
The perpetrators unsuccessfully attempted to burn the speedboat and in the end they fled the area, possibly using two vehicles, according to police investigation.
The robbery resembles a crime that took place two years ago in Spetses, when Nikos Maziotis and Giorgos Petrakis escaped by speedboat and used two women as human shields.
The Greek Anti-terrorism Unit is suspecting that the robbery was committed by Vasilis Paleokostas, a well-known criminal in Greece, and the team of terrorist Nikos Maziotis who is currently in jail.