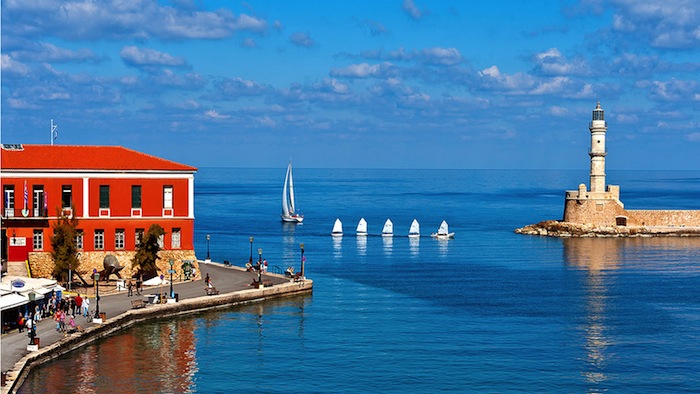 Chania, Crete’s second largest city, is one of the island’s “must see” places. The picturesque scenery, the city’s rich history, the traditional small villages and exotic sandy beaches that surround the city charm every visitor.
Greek Reporter presents the top places to visit in and out of Chania: 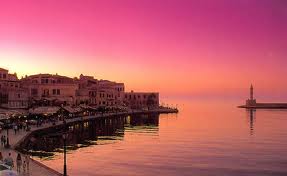 The Venetian Harbor
The Venetian Harbor with its lighthouse is the city’s trademark. It was built by the Venetians between 1320 and 1356. The harbor, along with its surrounding area, is famous for its magnificent architecture that combines Eastern and Western elements. It is a nostalgic place full of historical memories but at the same time very vivid thanks to the modern cafes and restaurants near the harbor. 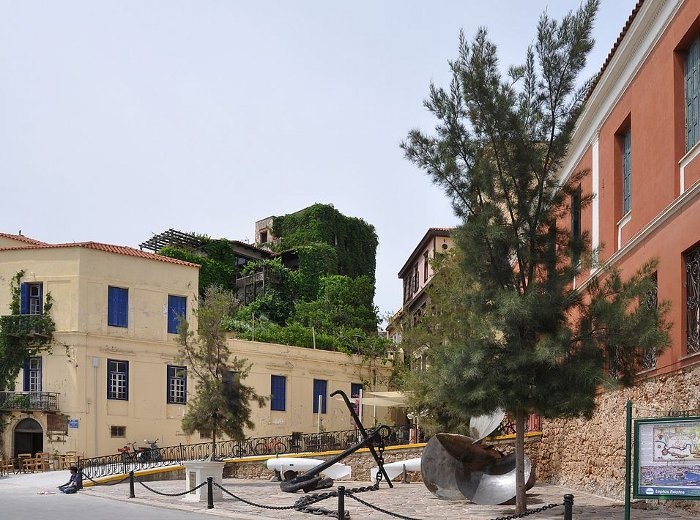 The Maritime Museum
Housed in the Firkas Fortress, the Maritime Museum of Crete opened its doors in 1973. The two-storey building contains 13 displays presenting the maritime history of Crete, from antiquity to the Battle of Crete in 1941. It includes models of various vessels, wreck discoveries, documents on the Greek Navy, navigational instruments, audiovisual material and a library of maritime books. One section of the museum is dedicated to the Nazi Germany invasion of Crete during World War II. 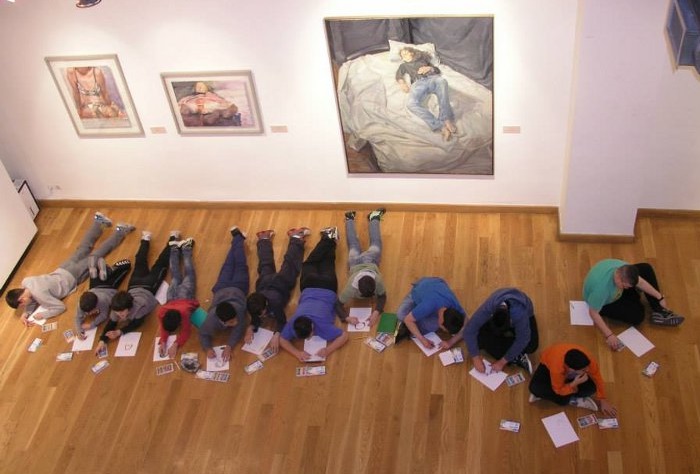 Municipal Art Gallery of Chania
The art gallery of Chania aims to promote the Cretan and Greek culture, and be a center of Cultural education, having Fine Arts as its basis. The gallery is currently hosting the “No Limits” exhibition, including works from 48 painters across the world. 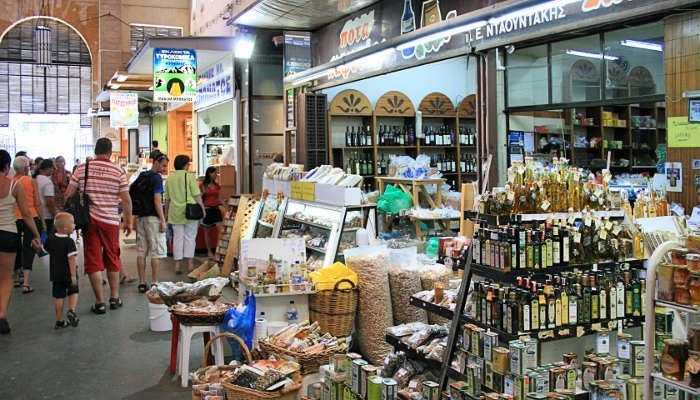 Chania Market
The municipal market is located in the center of Old Town where the main fortifications once stood. It was opened by Eleftherios Venizelos in 1913 and is considered one of the most impressive covered markets in the Balkans. The market has 76 shops, including butchers’, fishmongers’, general stores, a chemist’s and many others. 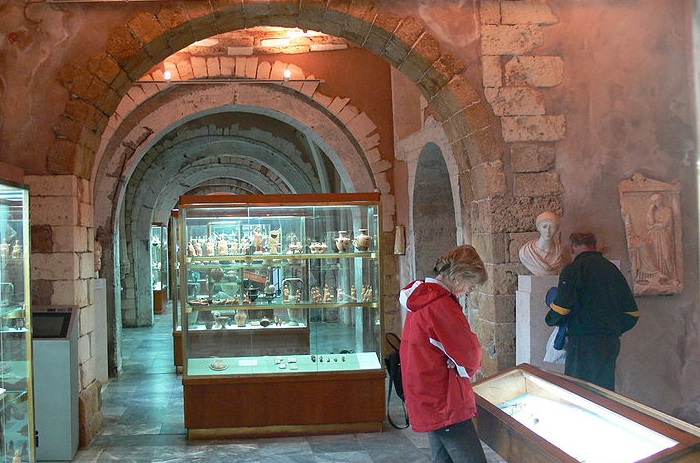 Chania Archaeological Museum
The city’s archaeological museum is housed in the Venetian church of St Francis, in the city’s center. The exhibits include pottery, carved stone objects, sealstones, sculpture, metalwork, gold jewellery and coins from neolithic, Minoan and Roman times, displayed in chronological order. The museum’s most important exhibits are: a clay sealing representing a Minoan city, dating to the second half of the 15th century B.C. and a clay tablet inscribed in the Linear A language dating to 1450 B.C. 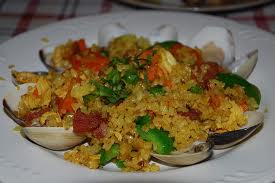 Therisso Village
Therisso a small, picturesque village a few kilometres outside Chania, is a historic place. It was the hometown of Cretan revolutionaries Vassilis, Giannis and Stefanos Halis who played an important role in the fight against the Turks and the liberation of Crete. Later, in 1905, Eleftherios Venizelos organized the Revolutionary Assembly in the village that ousted Prince George and precipitated the independence of Crete and its unification with Greece. 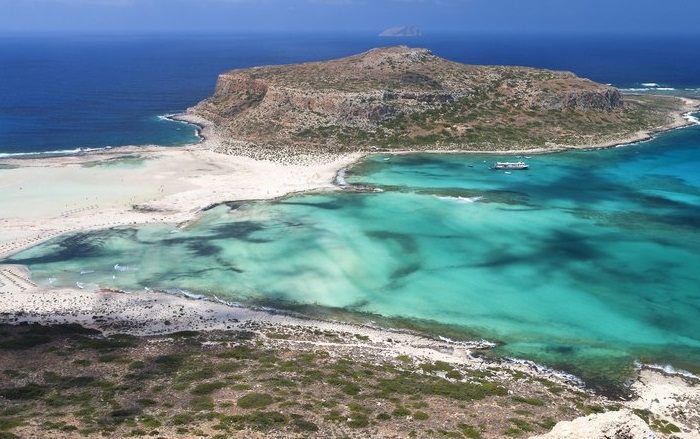 Balos Lagoon
Balos, west of Chania, will charm the visitors with its turquoise waters, wild natural beauty and exotic landscape, famous across the world. Balos Lagoon is the most photographed beach in Europe. Prince Charles and Princess Diana used to visit Balos on their private yacht many years ago. 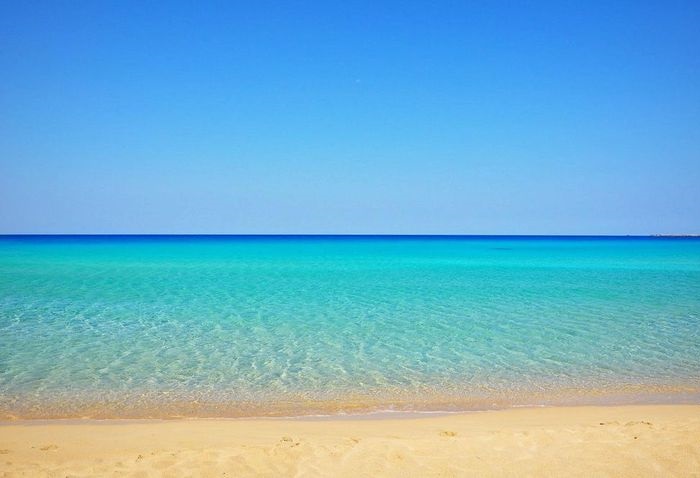 Phalasarna
Phalasarna is an old Cretan settlement built around 333 B.C. It has one of the most beautiful beaches in Crete, ideal for kite surfing lovers. The place is not ruined by hotels or other commercial activities but hosts several elegant restaurants and bars. 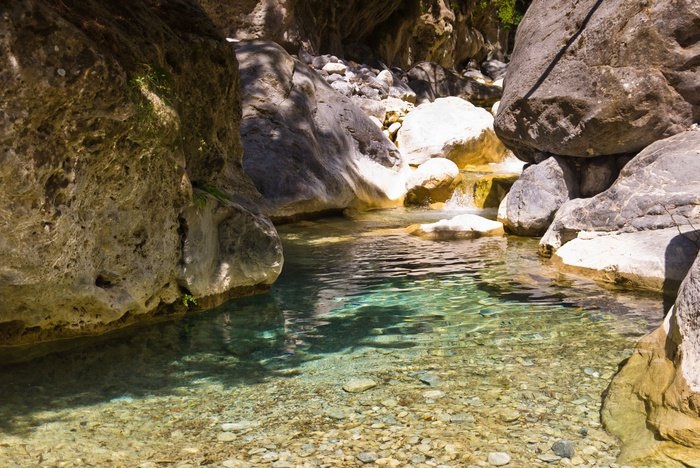 Samaria Gorge
The Samaria gorge is one of the most picturesque and magnificent natural attractions in Crete. It is 18 kilometers long, situated between the settlement of Omalos on the northern side of the plateau and the village of Agia Roumeli varying in altitude from 1250 meters down to sea level. Samaria National Park is open to the public in April or May, weather permitting. 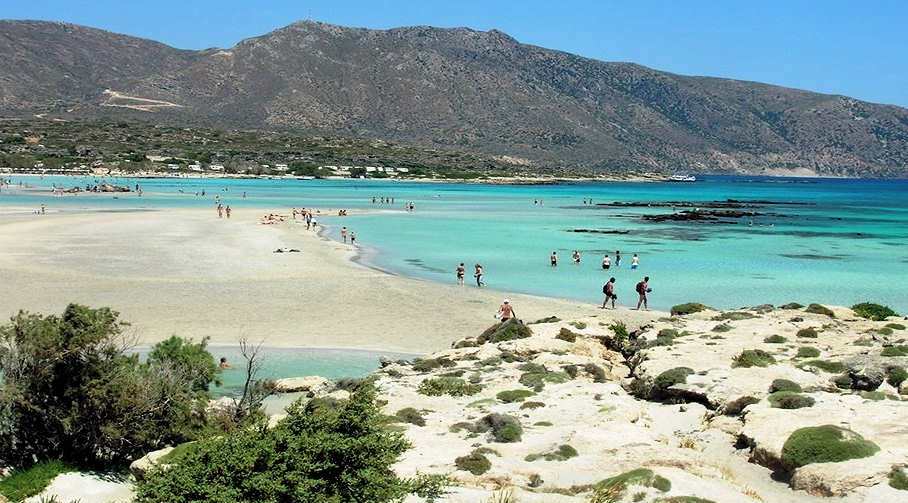 Elafonisi
Elafonisi beach is located at the Southern West part of Crete and it is approximately 75km from Chania. It is famous for its crystal clear waters and pink sand, created by millions of pinks shells which, over the years, have been broken into tiny pieces from the waves.