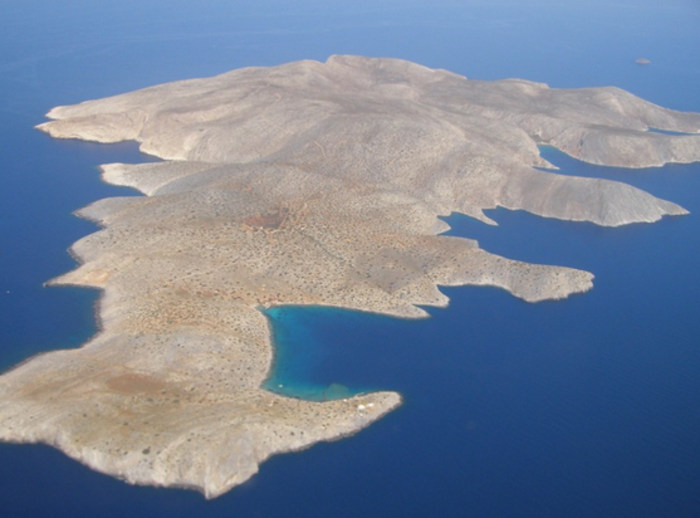 After his recent visit to the island of Crete in Greece, the Saudi Arabian Prince Al-Waleed bin Talal expressed his interest in buying the small island of Dia, located approximately 6 nautical miles north of Heraklion.
According to reports, Talal expressed his interest to the Greek Minister of Tourism Olga Kefalogianni revealing his intention to exploit the island. Qatar officials have suggested that such an investment will benefit the whole Cretan economy. They also noted that wherever the Saudi prince invests, he changes the whole tourist map of the area.
However, the Prince will face many problems in the island’s tourist exploitation, as the area is part of the European Network of Nature (Natura 2000) due to its significant biodiversity.
Dia is 5 km long and 3 km wide. There are four bays on the southern side of the island: the bay of St. George, where the only port and beach of the island are located, Kaparis bay, the bay of Panagia and the Agrielia bay.  On the eastern part there is the Agkinara bay. The island has a maximum height of 220 meters and areas with wild cliffs that reach 60 meters.
The island played an important role in shipping during ancient times, especially in the Minoan and medieval era.
In 1976, French oceanographer Jacques-Yves Cousteau discovered remains of an ancient port in the area between Heraklion and Dia.