There are numerous Marian churches in the Aegean sea. Some majestic, some humble and quiet, built on rocks, in caves and inaccessible hills. Their past is filled with religious miracles.
Our Lady of Tinos 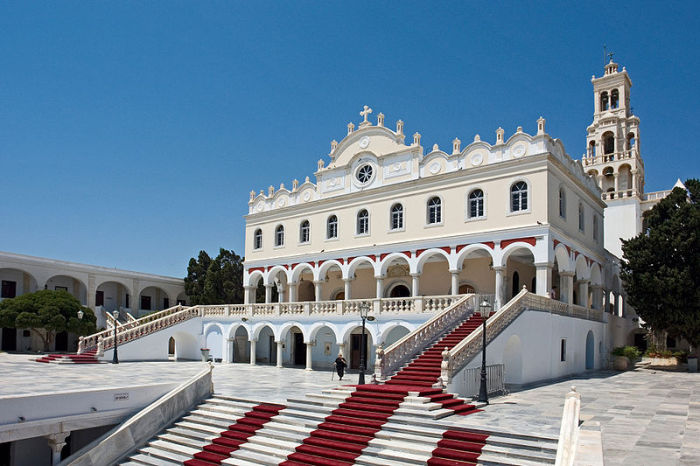 Many offerings and even more gratitude is presented to Virgin Mary in Our Lady of Tinos church. Believers from across Greece arrive in the port of Tinos to light a candle and fulfill their vow to Virgin Mary. They spend a few minutes before her miraculous icon, whose location was revealed to St. Pelagia when the Virgin appeared before her.
The Monastery of Panagia Chrysopigi in Sifnos 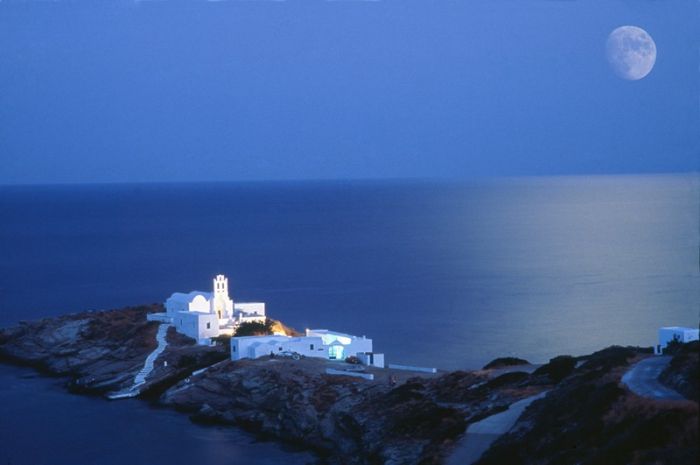 According to tradition, during a pirate raid, a nun who used to live in the monastery begged Virgin Mary to save her. The Virgin heard her call and performed a miracle, dividing the bay in two and throwing the invaders in the sea.
Panagia Hozoviotissa in Amorgos 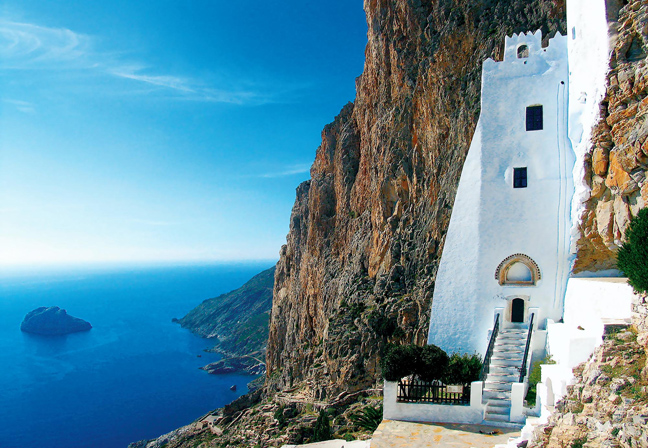 A miracle takes place every day in the Monastery of Panagia Hozoviotissa on the Greek island of Amorgos, since no one has ever been injured, despite the landslides and falling rocks.
Panagia tis Koimiseos in Folegandros 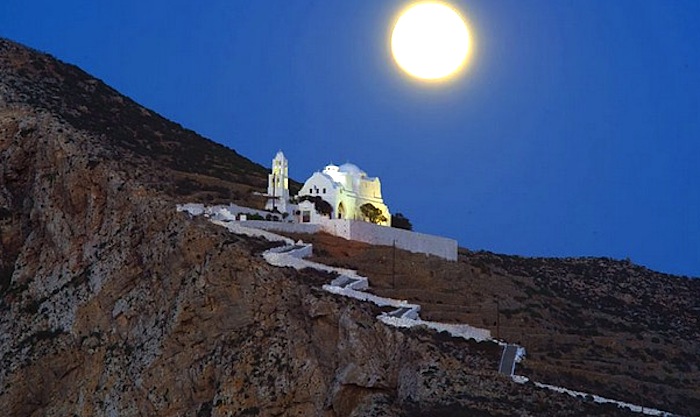 The church is located near the edge of a cliff above the beautiful town of Folegandros and it is probably built on the site of an ancient temple. The church’s Virgin Mary icon has been part of many pirate stories and legends.
Panagia Episkopi in Santorini 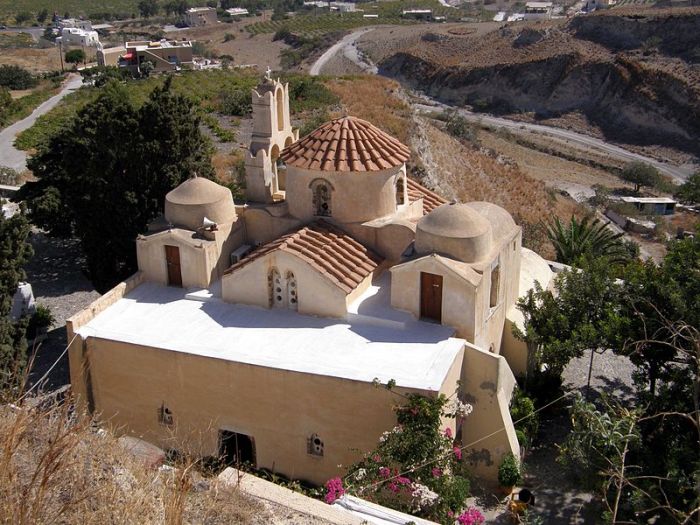 Panagia Episkopi is one of the most remarkable monuments of the Cyclades. The temple was built during the 11th century with the imperial sponsorship of Byzantine emperor Alexios I Komnenos.
Panagia Ekatontapiliani in Paros 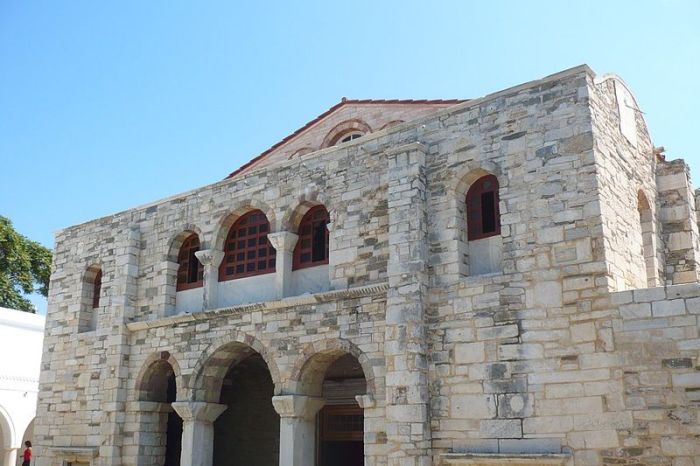 The church with 100 gates. Emperor Constantine founded the church of Panagia Ekatontapyliani after the death of his mother, as the fulfillment of a sacred vow.
Panagia tou Charou in Leipsoi 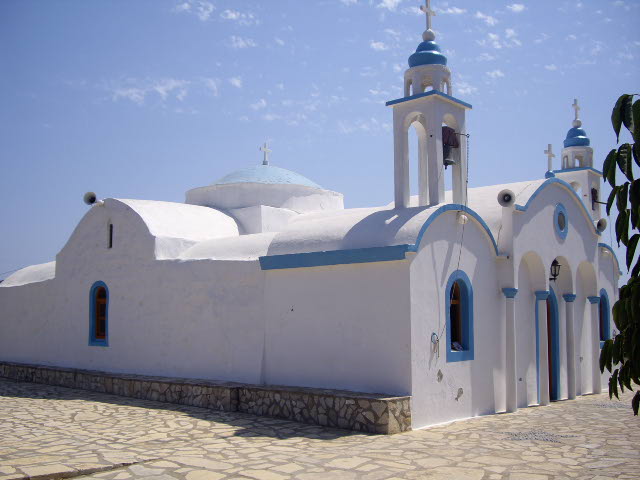 This church on the Greek island of Leipsoi hosts the only icon where Virgin Mary is not holding Jesus Christ as a child, but after his crucifixion.
Panagia Tourliani in Mykonos 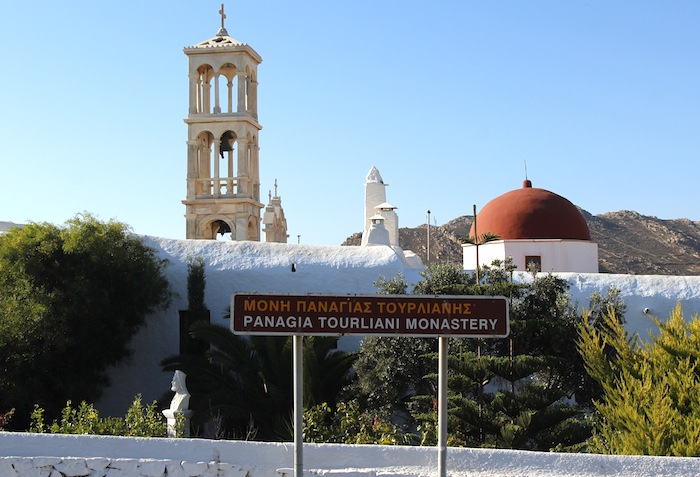 This Marian church is located near the village of Ano Meras and was built in 1542. It is decorated with a carved iconostasis and a pulpit from the 18th century, which is rumored to have been built in Florence.
Panagia Tourliani in Milos 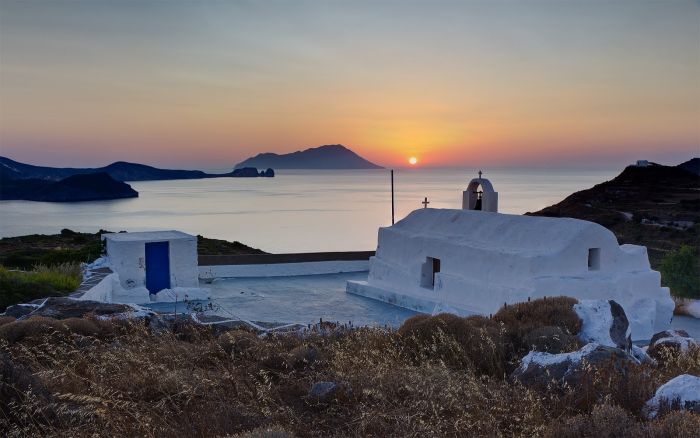 A small church on the hill above the fishing village of Klima. An ideal spot to watch the sunset.
Kyra Panagia in Karpathos 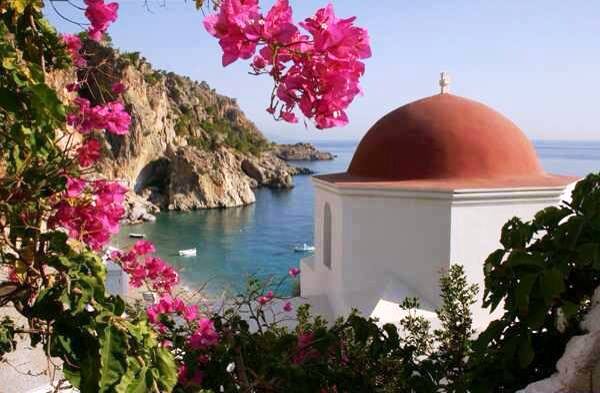 This church stands out due to its characteristic red dome. Just below the cliff, on top of which it is located, lies a beautiful beach with crystal clear waters.