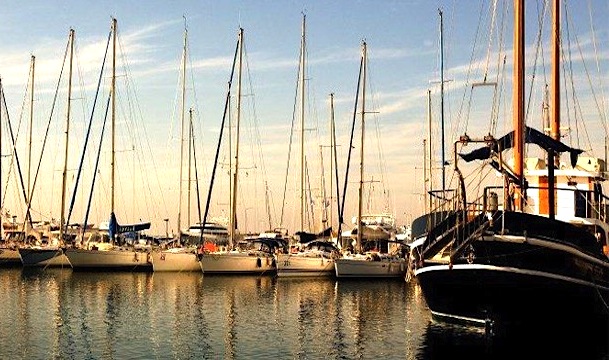 Turkish companies operating in the yachting sector are aiming to expand in the eastern Mediterranean Sea and specifically in Greece.
Turkish companies are the only ones to invest in this sector and buy Greek marinas since both Greeks and investors from strong economies such the United Arab Emirates, the USA and China have shown no interest in the yachting business.
Greek market experts point out that yachting is the future of Greek economy. However it is not developed in Greece yet since neither the Greek state or private companies show any interest to invest. They claim that since there is no competition, the selling price of Greek marinas is significantly lower than its true value.
The two companies of Turkish interests who are rapidly growing in the maritime tourism sector in Greece are Dogus Holding AS and Setur group. Dogus Holding AS owns marinas in Zea, Lefkada, Corfu and Flisvos. Setur group has bought marinas in Mytilene and is interested in those of Kos, Leros, Chios and Samos, causing a strong reaction on the Greek side. Their goal is to expand both in the Aegean and Ionian Sea, and control the prices in the eastern Mediterranean region.
Regarding leisure boats, maritime experts say that Turkish businessmen buy yachts sold by Greeks at a very low price, thus strengthening their fleet. At the same time, many foreigners are buying boats from Turkey since prices are much lower there than in the rest of Europe.
The Turks take advantage of the Greek islands. They take on board tourists from the Turkish coast and guide them around the Aegean. Tourists seeking to rent a cheap boat know that they can find it in Turkey, say businessmen operating in the tourism sector.