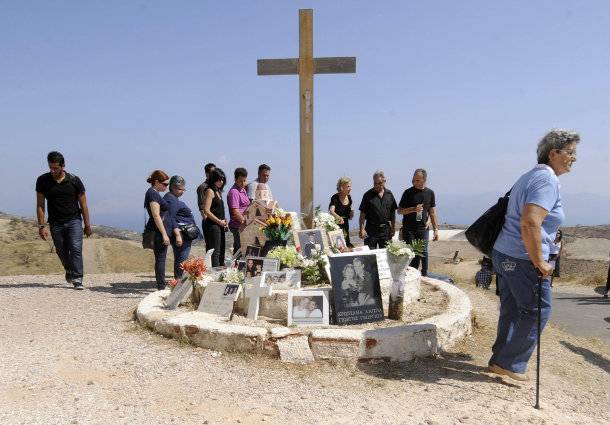 Memorial services in Cyprus and Greece on Thursday marked nine years since the Helios plane crash just north of Athens, which caused the death of 121 passengers and crew heading to Prague.
Around 100 relatives of the victims arrived in Greece to attend the memorial service at Grammatiko, the hillside where the accident happened and where a small chapel has been built in memory of the victims.  In Cyprus, the memorial will be held at the Ayia Paraskevi church in Mosfiloti, in the Larnaca district.

Helios Airways flight ZU522 took off on August 14, 2005, from Larnaca Airport at 9.07am for a weekly scheduled flight to Prague.

The night before the flight the aircraft had undergone a typical inspection. The ground engineer had turned the pressurization system from “AUTO” to “MANUAL” but neglected to reset it. The error was not discovered despite three checks by airline maintenance staff.

As the plane climbed to cruising altitude, the cabin altitude warning siren sounded but the pilots thought it was just a minor problem and continued ascending. With the cabin not properly pressurizing, it wasn’t long until hypoxia set in and the crew effectively lost control of the plane.

At approximately noon the engines stopped working due to fuel starvation. At 12.04pm the plane crashed and there were no survivors.

Out of the 107 victims, four crew members were Cypriots while 12 plus one crew member were Greek.