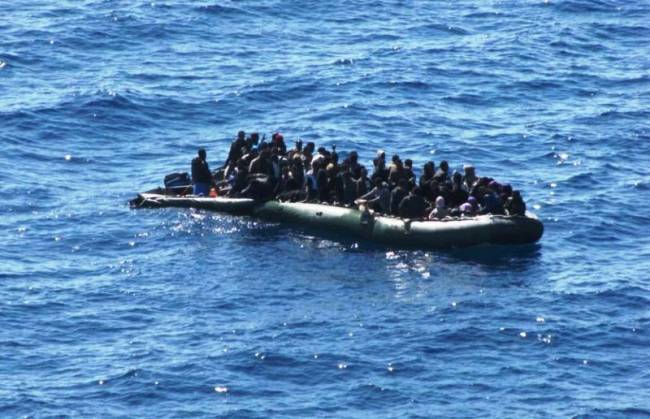 The Hellenic Coast Guard rescued 65 illegal immigrants off the coast of Samos and Agathonisi islands, something that has become very common in recent months.
In the first incident, 31 immigrants were aboard a vessel at the sea area of Prassos Cape in Samos. When they realized they were followed by the Coast Guard, they tried to tear their inflatable boat. They were all rescued and safely transported to Vathi port of Samos.
Another 34 illegal immigrants were rescued by the Coast Guard 2.5 nautical miles northwest of Agathonisi island. Their vessel was also torn, however all of them were safely transported to the port of Agathonisi.
Shops in Izmir sell life vests to immigrants
Several shops in İzmir, Turkey, where illegal refugees from Iraq, Somalia and Syria reside, are selling life vests to immigrants trying to get to Greece by boat.
Locals claim that people who are buying the life vests or similar equipment are refugees who mainly live in Basmane, Izmir and aim to reach Europe through Greece.
According to Turkish authorities and media, some 5,789 migrants were captured in 2014 by Turkish Coast Guard in the Aegean Sea, as İzmir has become a hub for migrants wanting to illegally cross into Greece. Turkish authorities say they recently detained 38 people who were caught smuggling refugees to the Greek islands.