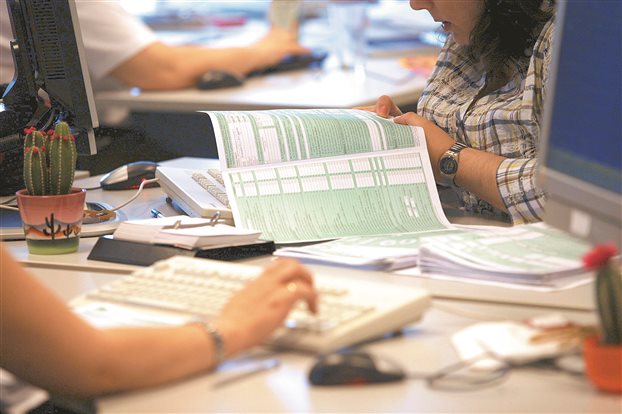 In a continuous effort to fight tax evasion, Greece is adopting the US model as the State Legal Council has ruled in-house checks or checks in offices and businesses constitutional. Tax officers will have the authority to search for money or other valuables in the premises of the suspected tax evaders.
Greek daily newspaper Ethnos reported that tax officers will now be able to proceed in investigations similar to the ones conducted by the IRS in the USA without the prosecutor’s presence. Furthermore, the State Legal Council has given the “green light” for tax investigators to confiscate money or other valuables.
This ruling was voted with a marginal majority of 14 to 10 by the Plenary of the State Legal Council, after a relevant request from the Finance Ministry. After giving its own interpretation to the existing law, the Plenary came to the conclusion that “tax checks that are directly related to the collection of taxes and other state arrears are allowed without the presence of a judicial authority official, as long as there is a prosecutor order for the in-house check.”
This measure will help the government collect taxes from tax evaders; a major issue the Finance Ministry is trying to tackle.
The General Secretariat of Public Revenue recently presented a strategic plan for the 2014-2017 period that envisages actions aimed at boosting timely payment by taxpayers, reducing old tax debt and the size of black economy, combating tax-evasion, containing corruption and enhancing the skills of the tax administration workforce.
The plan foresees the collection of 2 billion euros from old tax debt, 25% of new overdue tax debt, 30.9 billion euros in pre-return taxes by tax agencies and 12.1 billion euros in pre-return taxes by customs offices.
The plan also foresees widespread tax controls of large enterprises and wealthy individuals, along with measures aimed to boost the efficiency of the tax administration, such as updating IT infrastructure, locating and combating corruption and promoting a code of ethics, improving methods of forced debt collection and the efficiency of tax controls.
The Public Revenue office says it has completed 181 tax controls on wealthy individuals and businesses so far this year and has imposed fines totaling more than 45 million euros.