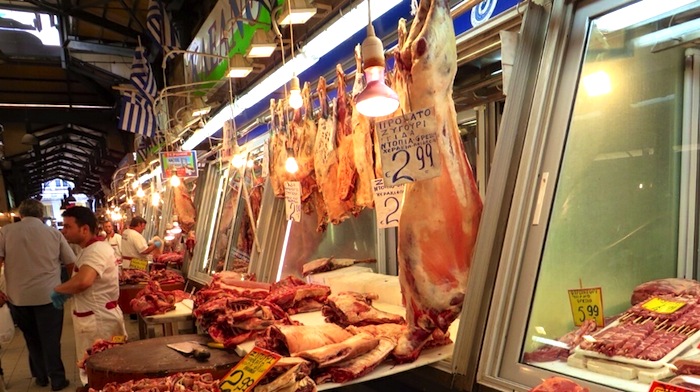 Russia’s food regulating authority said that the country will stop importing livestock and beef from southern Europe because of fears for disease outbreaks.
What is seen by the EU as a response to Western sanctions imposed over Moscow’s Ukraine policy, is expected to hurt Greece that has been exporting goods to Russia.
Russia said after an outbreak of mad cow disease near Cluj in Romania it is temporary restricting imports from the country.
Blaming outbreaks of bluetongue, a viral disease affecting sheep and cattle, the watchdog said it was also introducing temporary restrictions on imports of cattle and other susceptible animals from Bulgaria and some regions of Italy and Greece.
The Itar-Tass news agency reported that Russia will hold talks with Ecuador, Brazil, Chile and Argentina on increasing food imports.