TechNews
GreekReporter.com Greek News Culture London to Athens on a Bike for the Parthenon Marbles Return

London to Athens on a Bike for the Parthenon Marbles Return 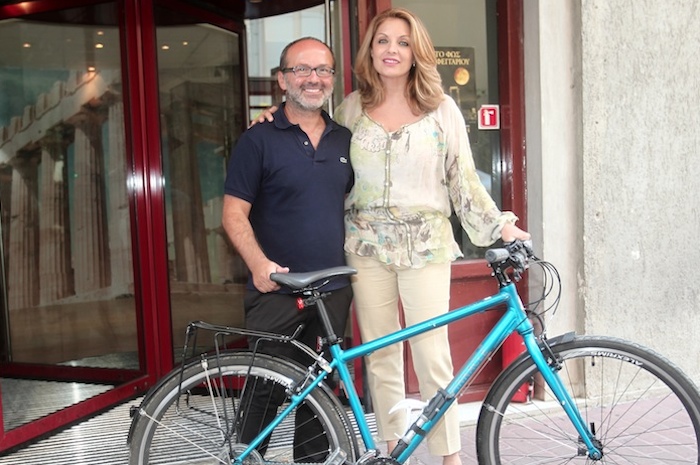 Salvatore Lo Sicco, a British-Italian professor who works in the UK, traveled from London to Athens on his bike to rally for the repatriation of the Parthenon Marbles.
Lo Sicco started his route outside the British Museum, which houses the Marbles that Lord Elgin removed from Athens in the 1800’s, and finished in front of the steps of the Acropolis Museum.
His journey began on July 1st and after 35 days and 8 hours of cycling he arrived in Athens. Lo Sicco’s project was supported by the British Committee for the Restitution of the Parthenon Marbles.
“I believe that the return of the Parthenon Marbles is a moral and historical obligation for all of us. We can shake things up in Europe,” said the professor turned cyclist.
Deputy Culture and Sports Minister Angela Gerekou met with Salvatore Lo Sicco and congratulated him for his initiative. She also offered him a complimentary return ticket and a figurine replica of a dove from the Hellenistic period.
“Thank you on behalf of all the Greeks. The vision for the reunification of the marble remains alive. Initiatives such as yours, fill us with emotion and strength to continue to fight for an international issue that concerns people of culture and art and ordinary citizens around the world,” said Gerekou.
The Parthenon Marbles, which have not been moved from their spot in the British Museum’s Duveen Galleries since 1962, have been the center of a long diplomatic controversy between Greece and the United Kingdom.

Greek Scientist at MIT Completes “Map” of the Coronavirus