GRNews
GreekReporter.comentertainmentCelebritiesLindsay Lohan Parties in Mykonos as Paparazzi Follow Her on the Greek... 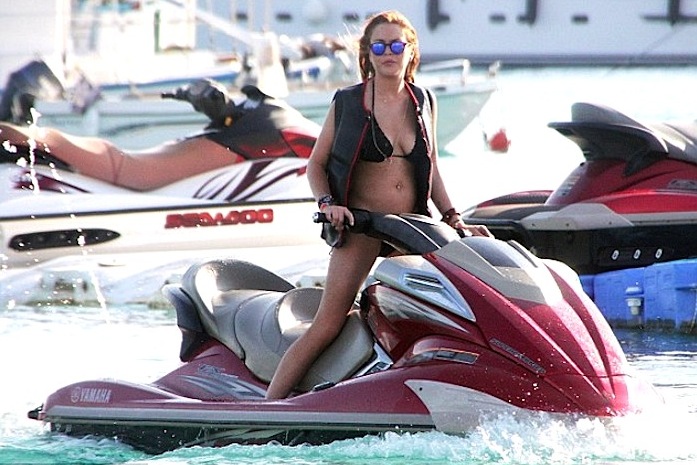 Lindsay Lohan has been exposing a lot of herself lately. Less than a week after vacationing in Ibiza, the red-haired starlet was at it again as she splashed around the sea of Mykonos, Greece on Monday.
Lohan, 28, appeared on the famous Psarou beach in Mykonos wearing a tiny bikini and attracting a lot of attention. That didn’t seem to bother the star who has been sharing a bounty of scantily clad selfies on her social media accounts in recent days.
She was having a wonderful time splashing around and laughing among her friends. The fearless actress also hopped on a jet ski and enjoyed a ride around the harbour.
Over the weekend, Lohan who has been fighting her addiction against alcohol and drugs shared some photos on Instagram as she hung out with friends. Under one of the pictures she wrote: “Be happy and healthy. It’s possible.”
The actress however, did not appreciate the paparazzi’s presence. As soon as she spotted them, she asked her security entourage to escort her to her boat.
Watch the video below:
https://www.youtube.com/watch?v=5wZYozBfphM

And here are the photos she shared on instagram