Greece in the U18 European Championship Semifinals 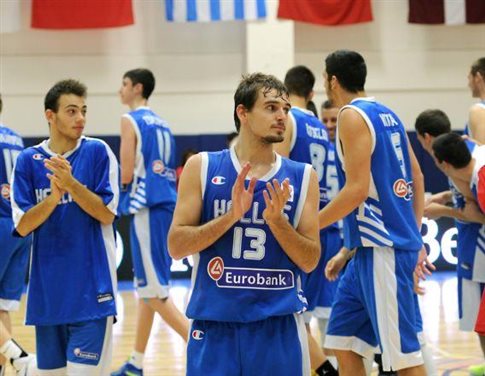 The U18 National Greek basketball team crushed Italy 85-68 in the European Championship in Konya, Turkey and advanced in the semifinals to meet Serbia.
Vasilis Charalambopoulos was the main voice of the Greek team (who carried 5 players with double figures) scoring 20 points, grabbing 13 rebounds and passing 4 assists.
Federico Mussini from the Italian side, scored 20 of his 23 points in the 2nd half, marching the Greek neighboring country to a comeback and equalizing (59-59) early in the 4th quarter.
Greece, who had lead the score throughout the whole game (57-41 in the 27th minute), managed to finish off the game with a 13-1 spree, handing the victory to Ilias Papatheodorou and his players.
As previously mentioned, Greece will play against Serbia (who beat Lithuania 83-67) tomorrow at 4.15PM local time (9:15AM EST).

Greece to Reopen on Friday, “Putting Lockdown Behind Us”