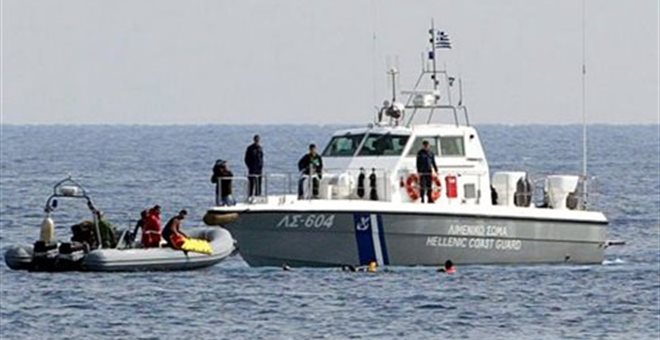 In January 2014, a small boat that was transporting illegal migrants in Greek waters went under during a Greek Coast Guard operation near the Aegean islet of Farmakonisi. During the controversial operation, 11 Afghan immigrants lost their lives.
On Thursday, the Greek prosecutor made the decision to shelve the investigation causing the indignation of human rights activists and the victims’ relatives, who demand a new investigation and threaten to present their case to the European Court of Human Rights.
“We want the investigation to be reopened. The people who are responsible for the death of our loved ones must be brought to justice,” said the families of the victims in a joint statement at a press conference that was organized in Athens by the Greek Council for Refugees, the Hellenic League for Human Rights, the Network of Social Support to Refugees and Migrants, and the Group of Lawyers for the Rights of Migrants and Refugees.
Furthermore, the families’ lawyers claim that the investigators did not follow due process, but they chose to ignore several contradictions between the coast guards’ statements and the depositions of the immigrants.
According to a statement released by the four organizations, the Maritime Court of Piraeus “practically approves of the pushback carried out in the Greek seas, perpetuates the impunity of the coast guard involved and shows a complete lack of will and effort to decrease the number of migrant deaths in Greece’s and Europe’s external borders.”
In January 20, 2014 a small boat carrying 28 passengers crossed over from Turkish to Greek waters. According to the Greek Coast Guard, they attempted to tow the boat, resulting in the death of 11 passengers, 8 women and 3 children. The passengers who survived claim that they were mistreated by the Greek officials who allegedly stood by as the immigrants drowned in the rough sea.