Greek Tax Official and Accountant Arrested for Bribery in Athens 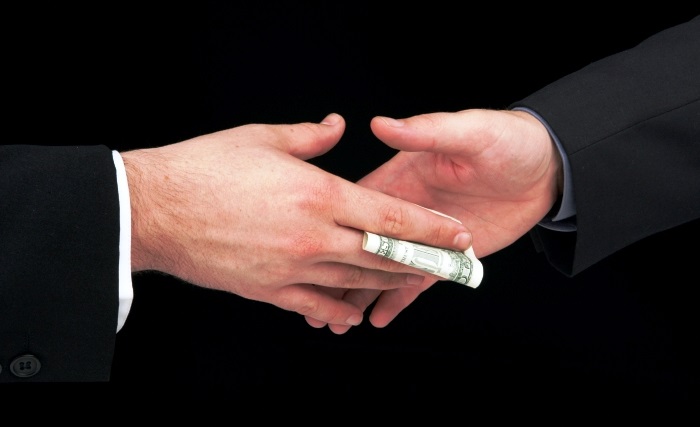 A 57-year-old female employee of the Greek government agency responsible for tax collection and tax law enforcement and an accountant were arrested for bribery in Athens.
The tax officer had approached an 80-year-old businessman who wanted to close his business and clear with his taxes. The tax officer offered to help him with his accountant as accomplice.
Initially, the tax officer had asked 650,000 euros from the businessman because she found discrepancies in his accounts. She also asked from his accountant to falsify the balance sheets of the company. After negotiations, the bribe was settled at 30,000 euros.
On Wednesday morning, the 80-year-old businessman gave the marked money to his accountant, who then delivered it to the woman. After the transaction, he immediately called the Greek police  to arrest the blackmailers.
The police found and seized the marked bills and a folder with the  company’s balance sheets. As soon as the General Secretary of State Revenue Katerina Savvaidis was informed about the case, she ordered an administrative inquiry.