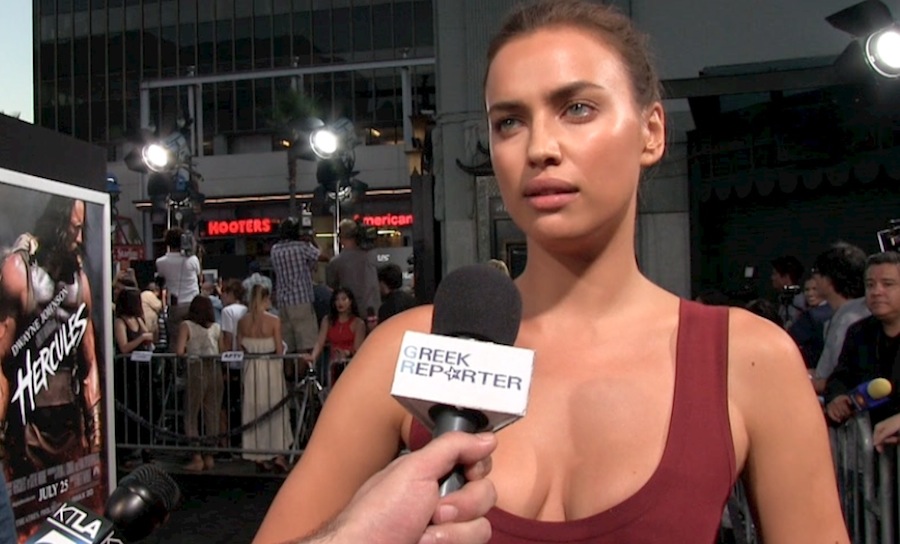 Irina Shayk, who plays Megara in the latest “Hercules” movie, talks to Greek Reporter about her trip to Greece with her soccer-star boyfriend Cristiano Ronaldo and her role in the film.

Playing the love interest of a Greek mythology hero might sound like a lot to live up to, but she didn’t seem to be too worried.

“I love Greece, my name is Greek and I feel great every time I spend time there” the Russian beauty told us from the red carpet of the “Hercules” premiere in Hollywood.

When asked about the rumors that have her looking to buy a house in Greece Irina said “I will think about it.”

Irina does, in fact, get its roots from ancient Greek. Derived from the word εἰρήνη, Irina means “peace.”

Shayk’s other relation to Greek mythology comes in her role as Megara, the oldest daughter of Creon, king of Thebes, who was offered to Hercules as a reward after defending Thebes from the Minyans.