GRNews
GreekReporter.comGreek NewsEconomyIMF: No Need For Wage or Pension Cuts in Greece

IMF: No Need For Wage or Pension Cuts in Greece 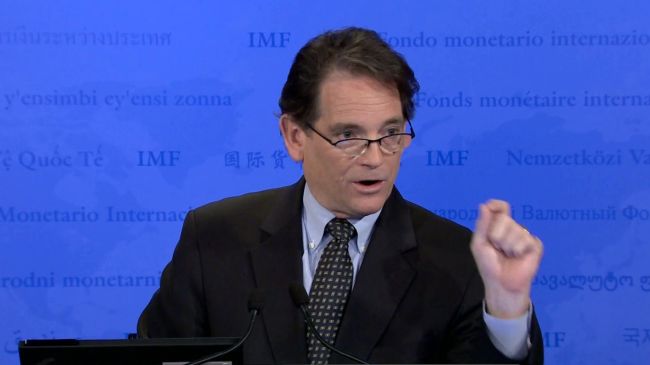 Deputy spokesman of the IMF William Murray said that representatives of Greece’s Troika of international lenders will arrive in Athens in the second half of September to begin the sixth review of the fiscal adjustment program.
Asked to comment on the data findings of the Greek Statistical Authority, ELSTAT, according to which one in three Greeks lives below the poverty level and that Greece ranks fourth in poverty among EU member-states, Murray said that the country should intensify its efforts to exit the crisis promoting structural reforms, and that the issue would be discussed in the upcoming troika review.
On the issue of the funding of political parties in Greece he replied that it is a “special issue” and should ask clarifications from the head of the Greek program, Paul Thomsen.
Mr. Murray stressed that Greece has achieved “tremendous progress” in terms of restoring fiscal sustainability, repeating an earlier report.
Asked to comment on the reports of IMF analysts and specifically on a report mentioning that the decision for “great wage cuts” in Greece was proved ineffective in terms of enhancing the economy, Mr. Murray chose not to express any opinion. He further said that the IMF agrees with Greek authorities that there is no need for across-the-board cuts in wages and pensions.
He also commented on the Greek debt and specifically about reports that European officials consider the Greek debt sustainable. Mr. Murray stressed again that Greece’s partners agreed to provide “the necessary support for debt relief at 114% of GDP in 2020 and less than 110% of GDP in 2022.”
Finally, when asked about the statement made by Italian Prime Minister Matteo Renzi, that “Greece was saved in order to safeguard the interests of large European banks, which were exposed,” he declined to comment and said that the question should be addressed to Italian authorities.
Reporters also asked if IMF Head Christine Lagarde is to meet with Greek Prime Minister in August. Mr. Murray said that he will look into that, but gave no definite answer.