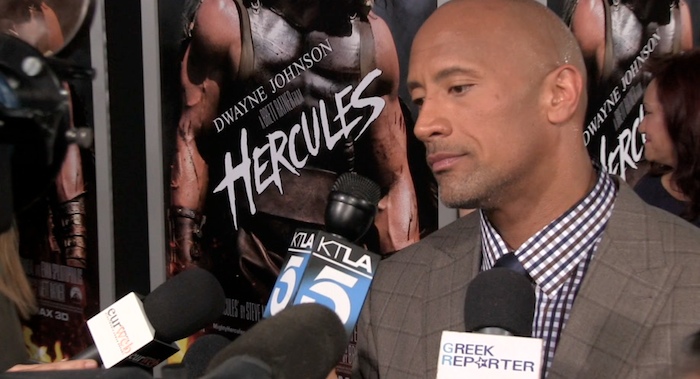 The stars of the upcoming “Hercules” epic walked the black carpet for the film’s Hollywood premiere on Wednesday, July 23. We caught up with the cast and crew to talk about the making of the film and their love for Greek mythology.

The action-adventure, which hits U.S. theaters on July 25, centers on Hercules as he travels ancient Greece with five faithful companions, selling his services for gold and using his legendary reputation to intimidate enemies. When the benevolent ruler of Thrace and his daughter seek Hercules’ help to defeat a savage and terrifying warlord, Hercules finds that in order for good to triumph and justice to prevail, he must again become the hero he once was.

On the carpet, Hercules himself, Dwayne “The Rock” Johnson, told us about how he really wanted to have the film’s premiere in Athens,and why it ultimately ended up in Hollywood. Supermodel-turned-actress Irina Shayk also talked about her frequent vacations in Mykonos.