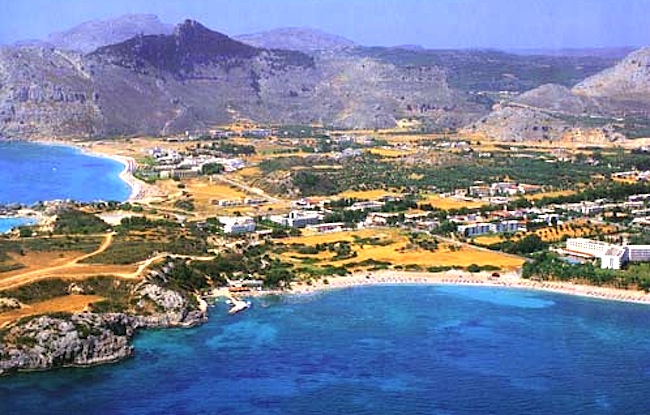 Greek authorities on Tuesday said an international tender for the sale of two real estate properties in Afantou, Rhodes, was successful.
Hellenic Republic Asset Development Fund (HRADF) said two binding bids were submitted for the golf course in Northern Afantou (26,900,000 euros by M.A. Angeliades Inc and 17,500,000 by Dimand SA) and three bids for the “Voice of America” property in Southern Afantou (13,900,000 euros by M.A.Angeliades Inc, 15,023,000 by T.N.Aegean Sun Investmnt Ltd and 12,350,000 by I.Hatzilazarou Hotel/Constructions).
Under the terms of the tender procedure, HRADF will proceed with a financial and legal control of the bids before asking for final improved offers for the Southern Afantou property by the two highest bidders. A final decision is expected by August 8.
The Fund also announced an international tender for the sale of a series of property assets in Washington DC, New York, Pretoria in South Africa, Ljubljana in Slovenia and Belgrade in Serbia. Additionally, HRADF decided to restart procedures for the exploitation of Castello Bibelli in Corfu, Greece.
(source: ana-mpa)